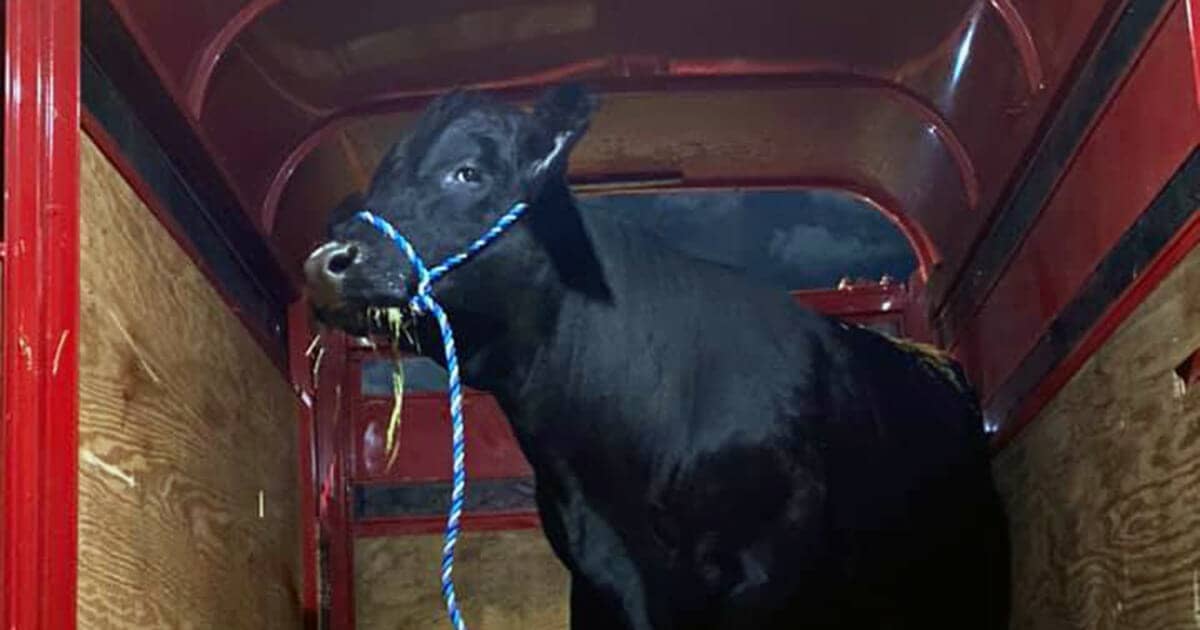 Barney the bull won the hearts of Long Islanders and with a reason! He managed to escape slaughter and has been on a run for two months!

After being found, animal rescuers arranged for the bull to be taken to a sanctuary and now he enjoys his new home.

The whole ordeal happened over the summer in Manorville, New York, when the 1,500-pound bull broke through the fence. Namely, Barney was set to be sacrificed during a religious ritual for the Muslim holiday Eid.

Barney’s run for life has created a local media frenzy after Long Islanders witnessed the bull wandering around their suburban streets.

“I look in my rearview mirror and all of a sudden I’m like, ‘There is a bull running down the street!’” Jeannine Bramer told CBS New York after spotting Barney in Mastic.

“Mom there’s a cow outside! Credit: Adrian Quinones. A wild bull is loose in the Mastic area after escaping from slaughterhouse. Animal Rights advocates searching for him – say he faced imminent death as a result of Eid holiday today. @CBSNewYork pic.twitter.com/qOWthDMgL2

His escape in order to save his life hit a soft spot in many people, so local animal rights groups arranged for him to be spared and taken to a sanctuary.

“There is no need to kill an animal for sacrifice. He is terrified. He is running for his life right now just like you or I would if someone was trying to murder us,” said John DiLeonardo, president of Long Island Orchestrating for Nature, told CBS.

Long Island Dragnet For Ferdinand the Runaway Bull – If You See Him Call 1-800-BULL!!!! pic.twitter.com/59FiTs1B6k

However, Barney continued to evade capture. For months, no one saw the runaway bull, and he was believed to be hiding in the woods, with plenty of means to survive — and hide.

“He’s big, he’s young, he’s fast,” Frankie Floridia of Strong Island Rescue told Newsday. “He’s also got a dark black coat, so he was hard to see at night in the shadows.”

Rescuers tried every tactic to lure the bull out, but none worked — not even enticing him with a lady cow!

After months of being missing, people started to lose hope that they will ever find Barney. But, lo and behold there’s Barney two months later finally being found!

“Look who we found cruising around Long Island,” Skylands Animal Sanctuary and Rescue wrote on Facebook. “He is one handsome kid.”

While he seems perfectly healthy, he still needs some blood work done.

Barney is set to be relocated to his new home at the Skylands Animal Sanctuary and Rescue in New Jersey.

“He is healthy; he will live his life out on that farm,” said SPCA Chief Roy Gross.

“We would like to thank everyone for their support and concern as well as rescue groups who also assisted during this ordeal,” Gross said, according to Long Island Press. “Great job of collaboration by all who participated.”