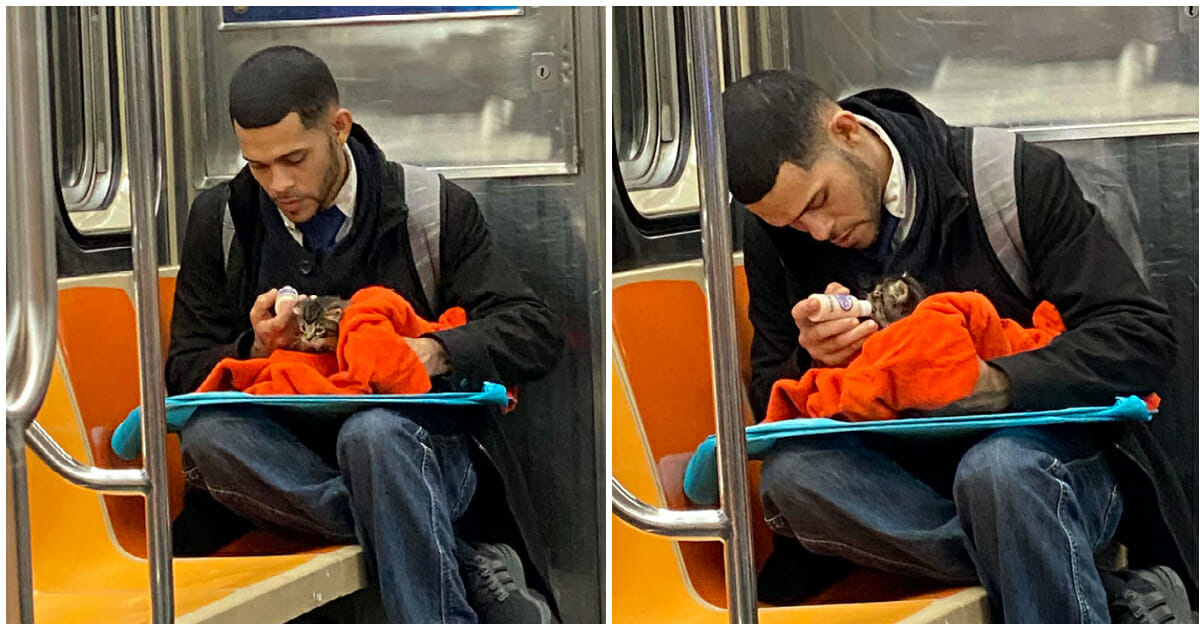 The NY subway can be a very interesting place where many unusual things happen. But, this time the event that occurred melted the hearts of many.

Gillian Rogers is the founder of Pet Rescue Squad Inc, and couldn’t be a more perfect person to witness something like this.

While riding the 1 train home when she spotted a man on the other side of the car, with something in his lap. And when she realized it’s a tiny kitten, she couldn’t contain her excitement. The baby was wrapped in a towel and bottle fed by the man holding it! At that moment she knew she had to share this heartwarming moment with the rest of the world.

“You could see the caring,” Gillian told The Dodo. “My heart felt like it was going to explode to see someone with that much caring. He was so in the moment.”

“The kitten was looking up at him as he fed her. It was so heartwarming.”

And she couldn’t resist but to approach the man and ask about the kitty.

He told Gillian that he had found the cat in the city between two buildings, and decided to take her in, feeding her and keeping her warm. 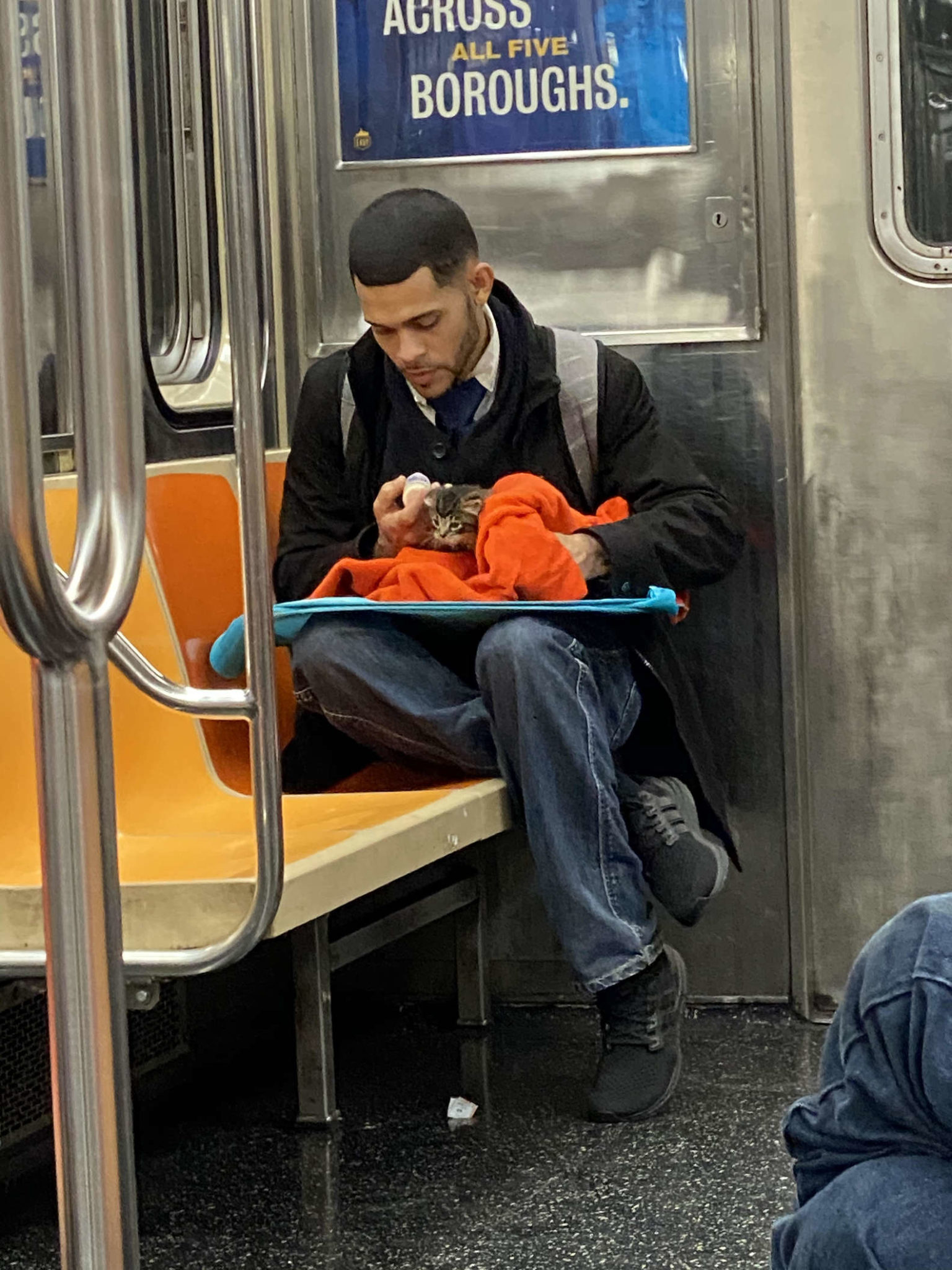 When she posted the photo on Facebook, it quickly became viral with over 13,000 shares and thousands of comments!

“I had no idea the photo was going to resonate as it has. It makes me happy,” she told The Dodo. “I think we all need something to cheer us up.”