Actor Dave Bautista offers $5,000 to find the man who mistreated the puppy he adopted It’s an excellent thing when famous people adopt animals. Not only will those animals live their best lives in the rich homes of their new owners, but their fans will most likely follow their steps and adopt as well.

And when one famous actor came across a chained-up and mistreated puppy, he went above-and-beyond to find the man who did it. The said puppy was found chained so tight it embedded into her skin, and it was desperately looking for food in a garbage can when it was finally taken in by someone.

The good samaritan took the pup directly to the Humane Society of Tampa Bay, from where her story was shared.

The chain had to be removed surgically, and she was also suffering from skin issues and overgrown nails. The staff named her Sage.

“Sage was wagging her tail on the exam table while our veterinarian and vet techs were examining her,” Humane Society of Tampa wrote on Facebook.

The heartbreaking story touched the hearts of many, including that of actor Dave Bautista. 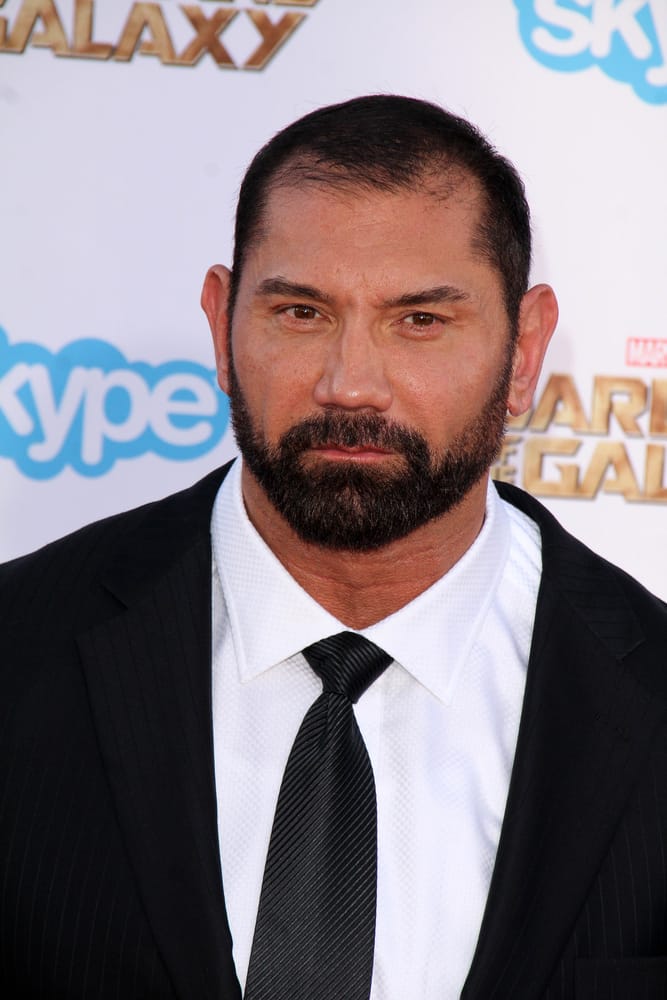 Bautista is well known for playing Drax the Destroyer in the Guardians of the Galaxy and Avengers movies; he also recently starred in Army of the Dead and the upcoming Dune. Before his acting career, Bautista was a WWE professional wrestler.

Among everything, Bautista is a huge dog lover, which is why he immediately took action after learning about Sage’s story. Adressing his 3.6 million followers on his Instagram profile, Bautista sought justice for the pup, offering $5,000 dollars to find the manm responsible for Sage’s pain and suffering.

“ATTN Tampa Bay: I will personally hand $5000 cash to the person who gives information leading to the arrest and conviction of the sick piece of shit responsible for this” wrote Bautista on Instagram.

Super Duper Fly on Instagram: “ATTN Tampa Bay: I will personally hand $5000 cash to the person who gives information leading to the arrest and conviction of the sick…”

Despite the hefty reward and increased publicity to the case, sadly there have been no leads on the culprit, Bautista said. Luckily, however, Sage managed to find her forever home!

“The puppy you know as Sage today became Penny Bautista,” the actor announced. “I’d like to introduce you to the newest member of my family… she is now a Bautista, and she will never be abused again in her life.”

@humanesocietytampabay shared a photo on Instagram: “We have GREAT NEWS? @davebautista adopted Sage today!?? Dave saw Sage’s story and knew that she belonged with him! We are so excited for…” • Sep 23, 2021 at 8:10pm UTC

“We are so excited for Sage!” they wrote. “She went from eating trash in a cemetery with a chain embedded around her neck to starting an AMAZING new life with Dave and 2 new Pitty siblings! Thank you Dave for choosing to adopt.”

Bautista previously made headlines in 2019, after he rescued two pit bulls that were abandoned by their owner.

“I needed them, they needed me,” Bautista wrote at the time. “These beautiful babies spent the first six years of their lives neglected and abused. And now they are going to spend the rest of their lives being spoiled and loved.”

Super Duper Fly on Instagram: “I needed them, they needed me. These beautiful babies spent the first six years of their lives neglected and abused. And now they are going…”

“He really loves his dogs man,” actor Kumail Nanjiani, who co-starred with Bautista in the comedy film Stuber, recalled to the Tampa Bay Times.

“There are some parts where we were shooting with a dog in a car, and the dog would get overheated and he was just so attuned to it. Dave would be like, ‘We can’t shoot! We have to cool him down!’”