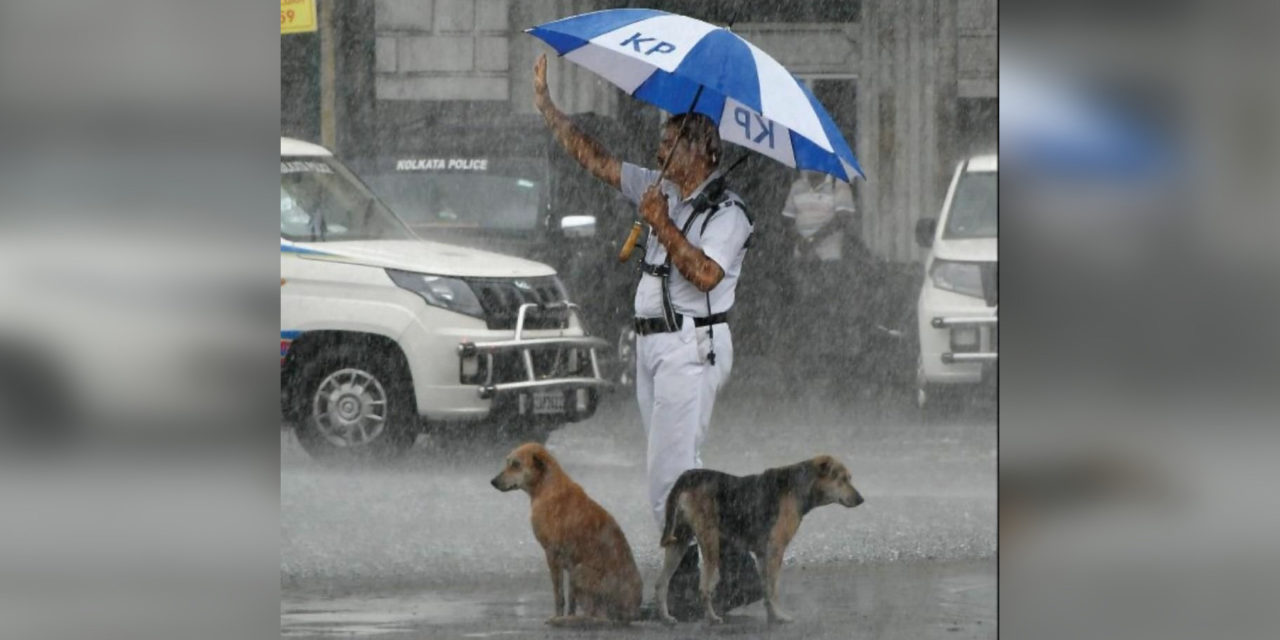 The world is full of strays that live their life scared, hungry, cold and thirsty. Sadly, there is no way for all of them to be adopted. But, showing a little kindness every time you see a stray can make a change to some extent. And we absolutely love to publish articles about people how go above-and-beyond to be kind to these precious animals. 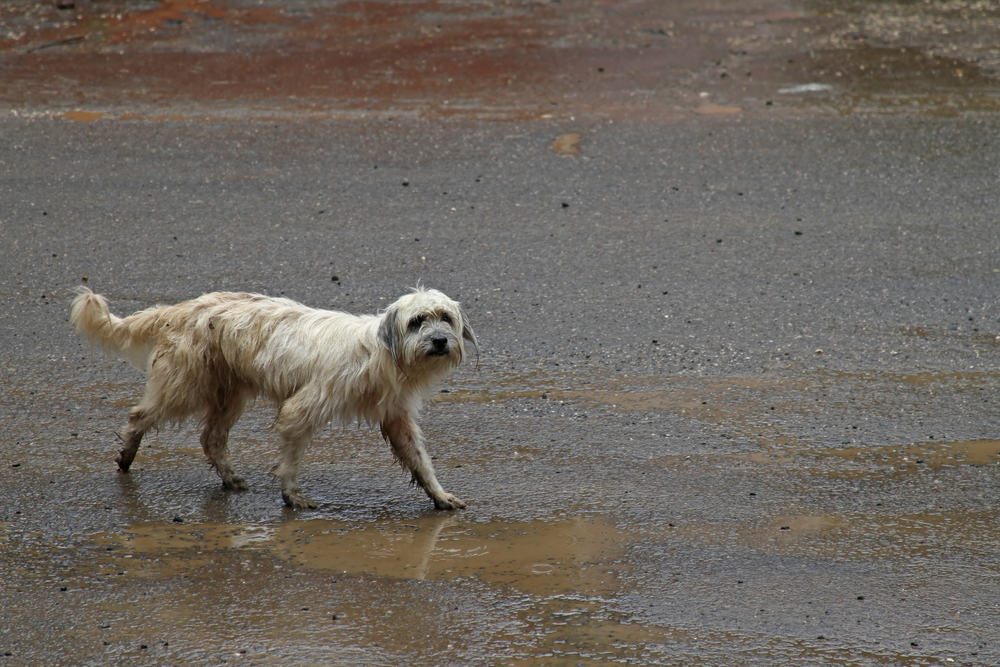 Recently, a police officer became famous after sheltering two strays under his umbrella during a heavy rain. Tarun Kumar Mandal, a police constable in Kolkata, India who is in charge of the East Traffic Guard, was on duty at a seven-point crossing last week when he decided that that day is the day to show his kind side.

While the rain had poured, Tarun shared his umbrella with two stray dogs.

The heartwarming scene quickly went viral. As Indian Express writes, photographer Sayan Chakraborty took a photo that the Kolkata Police’s official shared on the Facebook page. It has been shared over 10,000 times!

It even inspired some fan art:

India also has one of the highest amounts of stray dogs in the world, with an estimated population of 35-40 million.

As Indian Express reports, Kolkata has been experiencing their highest September rainfall in 14 years, so you can only imagine what those poor animals go through these days. Thankfully, there are people like officer Tarun that restore our faith in humanity!