Animals Wander On The Streets In The Philippines, First An Ostrich then A Cow 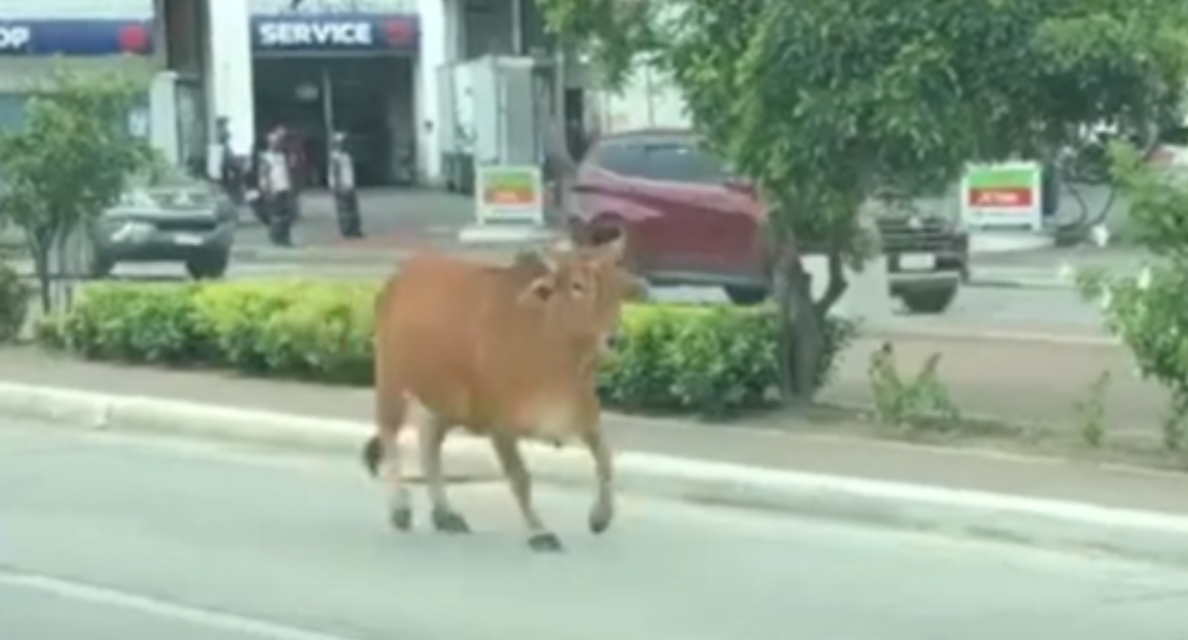 After an ostrich was wandering on the streets of Quezon City and a pig was roaming in the Cebu’s streets, another farm animal caught the attention of bikers on the road.

The wandering farm animal was caught on camera so Internet users saw it as well. On Wednesday, a man captured the cow roaming on a highway in Iloilo city.

Facebook user Bep Chavez took the video and shared it on social media. He pointed out that the cow was taking a stroll on Iloilo’s Diversion road around 3 p.m. Even though the cow didn’t hit or destroy anything, it took the bikers by surprise.

On Tuesday, an ostrich was chased by a car in Quezon City. The incident was caught on camera. After the video was shared on social media, the animal became a laughing stock and the subject of memes. The case was reported to the authorities and they were able to catch the ostrich in no time.

Another villager named Gorgeous Umipig said she saw two other ostriches wandering the streets. Both ostriches were carefully caught by authorities as well.

In Cebu City, a pig started wandering the streets and disturbed the traffic flow on Wednesday morning. The animal escaped from its pigpen and disturbed the flow of vehicles in Cebu City this Wednesday. Several bikers saw the pig and tried to catch it, while others were chasing it to pass.

It’s unknown where the pig came from and where it was finally caught by those who were chasing it.

Who knows which animal will wander in the streets in the Philippines next?