Cheetah Decides to Join Photographer Who Was Napping Under a Tree 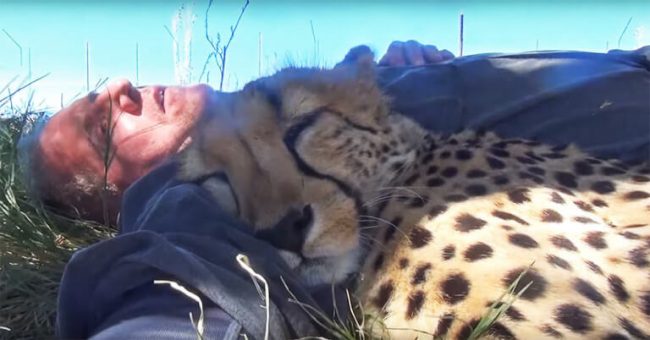 Being a wildlife photographer might be one of the best jobs in the world. They always capture fascinating pictures of animals, peeking into their kingdom. It’s safe to say that we all love wildlife pictures, but not everyone wants to take those pictures.

Wildlife animals have the freedom to roam in the incredible landscapes. It’s hard to take a picture of a moving animal, but the result may be fascinating.

Meet Dolph Volker, who currently works as a volunteer at the Cheetah Experience in South Africa. The non-profit organization is the home of endangered and threatened species, including leopards, cheetahs, lions, tigers, etc. 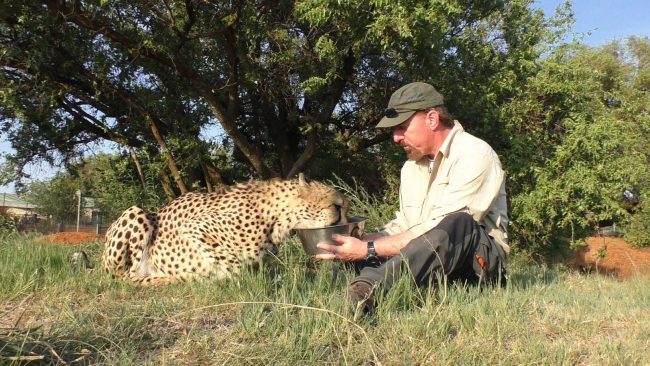 After Volker lost his dog, the wildlife photographer and zoologist was feeling very sad and miserable. His dog’s death completely changed his life. So, Volker decided to fight for animal rights and spread awareness for endangered species. Instead of using his vacation days for vacation, he went to volunteer at the Cheetah Experience.

Read More: 40-Ton Whale Was Just Filmed Jumping Completely Out Of The Water

Cheetahs are very shy animals. He works with them for months in order to gain their confidence. Fortunately, his dedication eventually paid off.

After a long day in the sun, Dolph was feeling tired so he decided to take a nap under a tree. Then, a cheetah named Eden saw him, walked up to him,  sniffed him, and even cuddled with him! Sounds amazing, right?

When Dolph woke up, he was shocked. Eden really took him by surprise. However, this was just the start of one amazing friendship. Eden is very grateful for Dolph and she cuddles him, nibbles him, purrs and even snuggles with him.

Dolph spends most of his time with cheetahs, and he gained the nickname“The Cheetah Whisperer.”