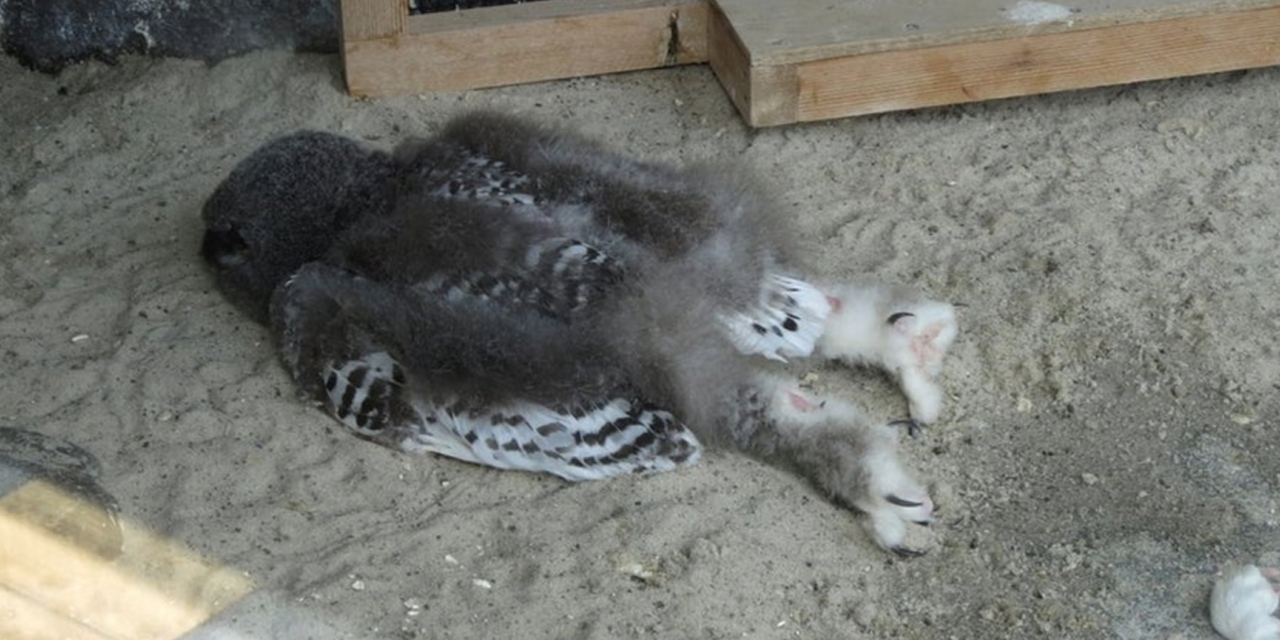 The owls are birds of the order Strigiformes, which include over 200 species of predominantly solitary and nocturnal birds of prey that are typified by upright posture, large, broad head, binocular vision, binary hearing, sharp talons, and feathers adapted for quiet flight.

Owls hunt predominantly small mammals, insects, and other birds, although several species specialize in fishing. They are found in all regions of the Earth except the polar ice caps and some remote islands.

Read More: $4B Road Project Has a Bird Problem, And Dogs Are Helping Fix It

Owl eggs are usually white and almost spherical in shape and range in number from a few to a dozen, depending on the species and the particular season; for most, three or four is a more common number. In at least one species, female owls do not mate with the same male for life. Female burying owls usually travel and find other mates, while the male remains on his territory and hangs out with other females.

Owl babies are born with large heads that are larger than their bodies and therefore have to sleep upside down. Some who keep them at home can be seen trying to teach their owls to sleep on their bellies.

The image that first appeared on social media of an owl lying on its stomach looked as if the owl was in a drunk vibe.

I’ve just discovered that baby owls sleep face down like THIS because their heads are too heavy. Also, I don’t think I’ve seen owl legs before…. pic.twitter.com/dfKii2JtS8

While the authenticity of the source was first questioned, it turns out to be true with more pictures of young owls lying asleep as they surfaced, making it even more beautiful.

While a Twitter user shared several photos to confirm the theory, another user appeared who confirmed the same.

She wrote that she tried to find the original photographer for this photo, but was unlucky. She added that the bird was trapped, and the small owls, whose heads were too heavy, tried to lie on their stomachs and the photos proved the same.

Teenage owl sleep habits are way outside my lane, but I found (less hilarious) confirming accounts.

The listener of the society’s podcast “BirdNote”, told them how he discovered two baby owls and was advised to observe them while they were napping. Then the listener was thrilled to discover that the two babies, who were napping on their bellies with their heads, turned to the side. The moment was too sweet.

I’ve been trying to find the original photographer for this image, but no luck. It’s obviously a captive bird. Regardless, yes, young nestling owls do sleep, or rest lying down. Their heads are too heavy for their bodies. Here are some saw-whets from my Ph.D. research 🙂 pic.twitter.com/9xQ2SA1IPI

Read More: Golden Retriever In a Duck Hat Becomes One Of The Most Viral Dogs on Instagram