Retiver Puppy Swept Away by a Current Into The Ocean, Police Finds Him 2 Hours Later 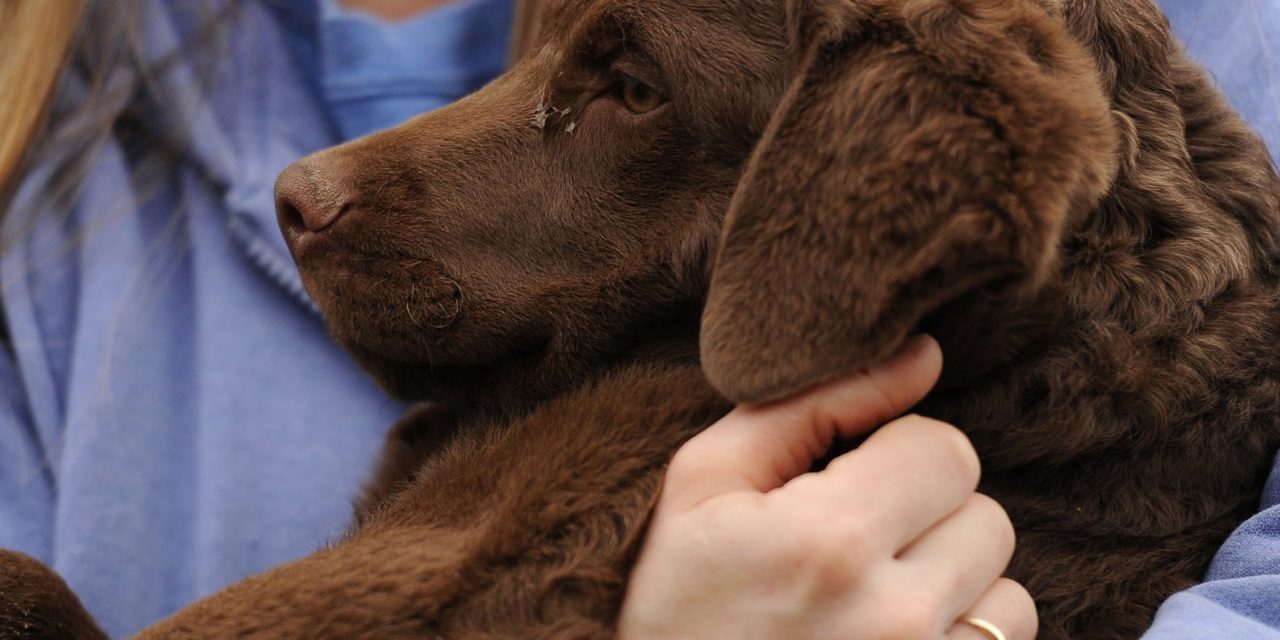 Skip Jack is a puppy that the Virginia Marine Patrol will remember for a long time. This brave pup swam for two hours after the strong current swept him away, but fortunately was reunited with his owners without injuries!

According to Chesapeake Bay Magazine, the current swept Skip Jack  and got him stuck on a private beach for two hours.

As Chesapeake Bay Magazine reports, Kristin Vonclein, the pup’s owner, took Skip Jack near the opening of the Rappahonnock River in Virginia, not too far from the bay. However, it was not long before the current swept the little fella away from his owner.

Even though Vonclein and her friend tried to save the puppy, they soon realized that the water became too dangerous for them to continue and soon lost visuals on the dog. That’s when they called 911.

Luckily, two Marine Patrol officers were at the nearby station.

“We started a grid search. Then, right off the bow, I saw a brown nose,” McKellips told the magazine. “It was the puppy! The dog was so tired it was barely holding its nose above the water. The rest of the dog was submerged. I don’t know how we were able to see it.”

As soon as Skip Jack felt the safe surface of the police boat, he collapsed. After being reunited with the owner and taken to a vet, he was sent home with no injuries, only fatigue and soreness.

After the incident, the officers who saved Skip’s life got a new life preserver vest for the pup as a gift to his owner, Vonclein.

“Vonclein was so thankful, and the dog was full of energy as a puppy should be,” McKellips told the Chesapeake Bay Magazine.

This heartwarming story proves that every life is precious and worth saving!