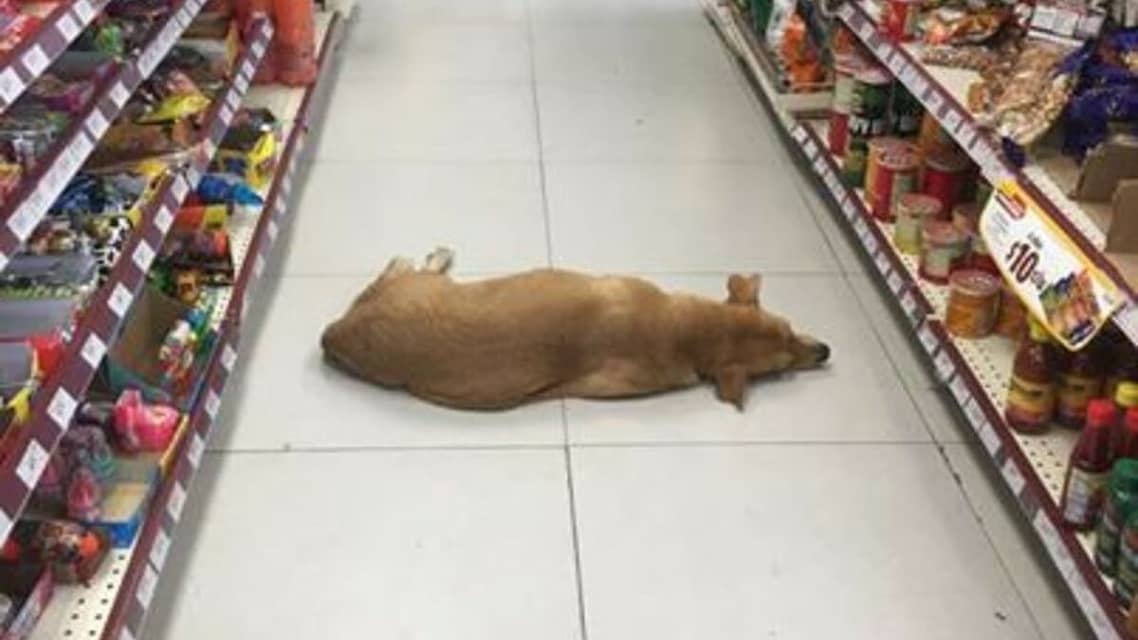 We can all agree that life is especially cruel to stray animals. With no shelter, they are exposed to many extreme weather conditions. They try to survive extreme heats, colds, heavy rainfalls and whatnot.

We’ve come across many stories where strays were taken in by kind people during a freezing night, but heat can be just as devastating to them. Knowing this, one store opened the doors to a stray to let it cool off inside!

Being a scorching 104°F day in Mexico, a stray was persistently showing up to a store.

“He has been here the past [few] days,” the store’s clerk said, according to The Dodo. “We suspect he was left behind by his owner. He came to us for help.”

“We could only provide him with food, water and some toys from the store that we paid with our money.”

But on this hot day, they decided to go even further:

They let the pup in to cool off!

“We let him inside because the temperature outside is really hell-like,” the clerk said. “We feel bad for him, but he looks happier around the store.”

And that’s not it! A fellow customer named Adolfo Pazzi Ahumada, who was at the market at the moment, decided to buy the dog a treat.

“I felt bad for what the dog has passed through,” Adolfo told The Dodo. “But he is now receiving the love he deserves.”