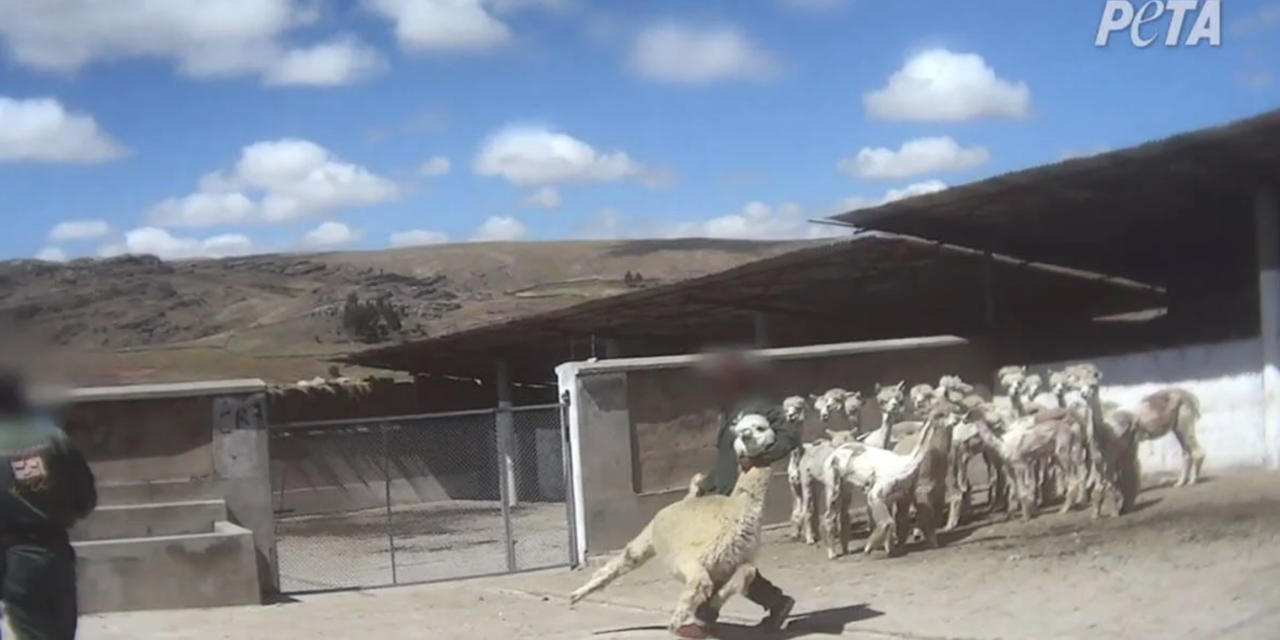 PETA went to the first-of-its-kind undercover investigation to reveal to the world of the agonies sweet alpacas go through at the world’s top alpaca producer in Peru. PETA showed the footage on their website of just a small piece of the poor creatures tortures.

The workers at the farm used any means necessary to maintain the alpaca in “the best” grooming position, all so that some scarves and jumpers can be made by the alpaca fur.

This is some ground-breaking footage and it highlights a small piece of the abuse at the world’s largest privately-owned alpaca farm near Muñani, Peru. The farm is owned by the Michell Group, the world’s largest exporter of alpaca clothing and yarn.

The alpacas were tied down, hit, kicked, and much more. The workers at the farm used some methods that are known as torture methods from the past. They used ropes and pieces of wood to spread the legs of the alpacas, almost as if they were trying to pull their legs out of their sockets. Some of the alpacas were even pregnant, but it didn’t really make a difference for the workers, as their force in the grooming process was equal between all alpacas on the farm.

Many brands have cut ties with Michell Group after the disturbing footage surfaced. ESPRIT will now phase out alpaca. Along with them, Gap Inc. (which owns Banana Republic, Athleta, and more) and the H&M group (including its eight brands) have also decided to stop their collaboration with Michell, who was their main alpaca products supplier.

According to Michell, the shearing causes alpacas “no harm”. But, you can see the frightened alpacas crying, spitting, vomiting, and aching in the process.

Any sane animal-loving person won’t agree. We warn you. The footage is heartbreaking. But if you want to see for yourself, the video is below. What do you think? Is it normal to do this to animals? And is it helping them in any way?

You can HELP to put a stop to this!

The first you can do is educate yourself about the problem here. The other and most significant thing you can do to contribute in helping these poor animals is to refuse to buy anything made of their fleece. You can always check the label when purchasing your product. If the word ‘alpaca’ is on the label, leave the product on the shelf.

Share the story with your friends, expose the disturbing truth, spread awareness, and help alpacas everywhere.