Dogs Understand Praising The Same Way We Do, Actually They Are Especially Attuned To Humans Emotions 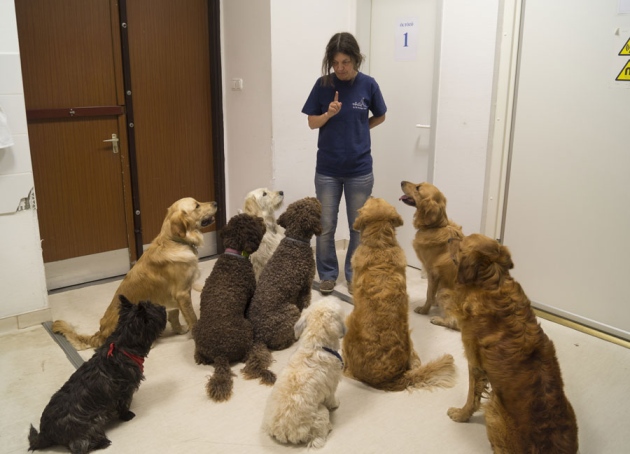 It often happens that when we address our pet with some words, we feel that it does understand us. After we praise our puppy with the words Good puppy, it immediately wags its tail in joy and turns around.

This behavior has caused scientists to become curious, to investigate what exactly happens in your dog’s brain when it hears praise, and is it similar to the hierarchical way our brain processes such acoustic information?

When scientists studied the brain scans of pet dogs, they found that their, like ours, process the sounds of spoken words in a hierarchical way, first by analyzing the emotional component with the older brain region, subcortical regions, and then the meaning of the words with a newer part, the cortex.

Attila Andics, a neurologist at Eotvos Lorand University in Budapest, Hungary, said some dogs were able to recognize thousands of individual object names and could associate each name with a specific object.

While in 2016, a team of scientists discovered that the brains of dogs, like those of humans, calculate the intonation and meaning of a word separately, although dogs use their right hemisphere of the brain to do so, while we use the left hemisphere.

For the scientists’ experiments, Hungarian researchers recruited 12 pet dogs from homes near Budapest. The researchers trained the dogs to voluntarily step in and lie quietly in a functional MRI machine, or in the FMRI, where they heard a dog trainer say familiar words of praise, such as “smart” and “well done.” as well as unfamiliar, neutral words, such as “if” and “still”.

After the machines scanned the dogs ‘brain activity while the trainer was speaking, first, the auditory regions of both the subcortical and cortical regions of the dogs’ brains showed increased activity when they heard the words.

Previous studies have shown that many animals, from vultures to dolphins, use the subcortex to process emotional cues and the cortex to analyze more complex learned signals, even though they cannot speak. Zebras, for example, can eavesdrop on the calls of other herbivores to find out if predators are nearby.

Probably human language evolved from such signs, recruiting the same neurological systems for speech development, notes Terence Deacon, a neuroanthropologist at the University of California, Berkeley.

Check out the video below.