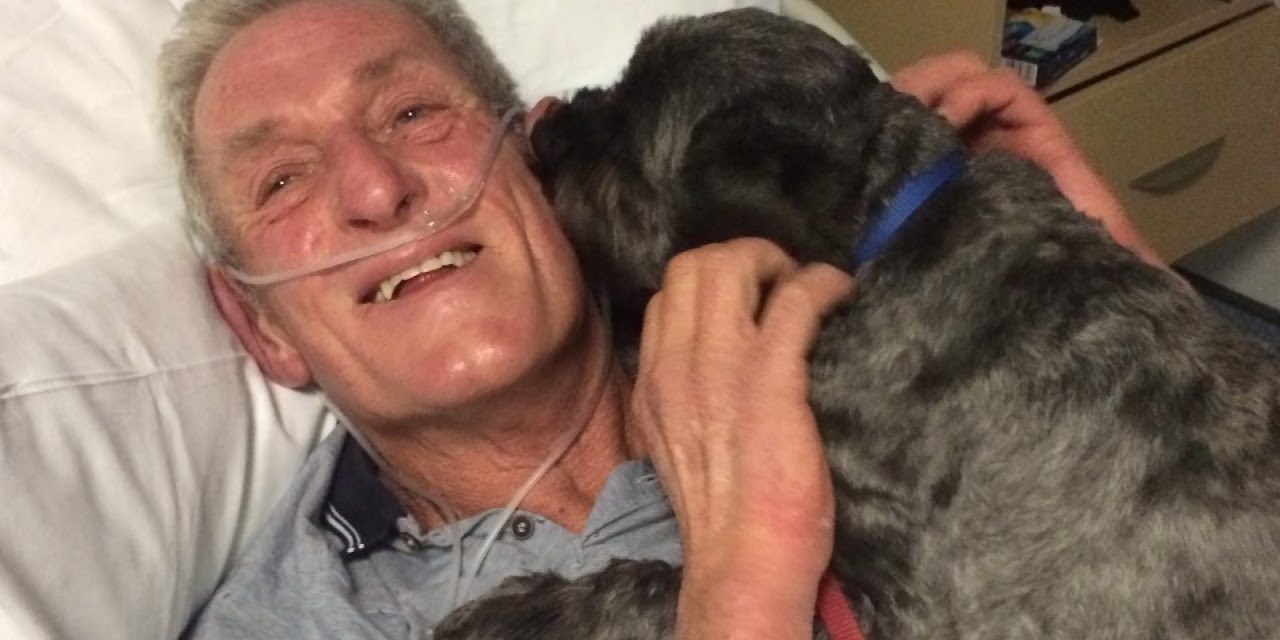 Very often we have the opportunity to hear some beautiful inspiring stories about dogs. Dogs will forever be a man’s best friend. Most dogs are increasingly doing pretty brave things for their owners, and it is even known that they do some amazing feats. However, we have dogs mostly for pets.

For many people, their sweet pet is the only companion they know. Although dogs can’t talk, just listening to them is a big advantage. There are many people, including the elderly, who have no one around them, so dogs are their only companions.

Some dogs have even been able to rescue their owners when they are in danger.

When Andy Szasz was diagnosed with pneumonia, he was taken to hospital. However, things became very uncertain the next day when he stopped breathing and had to be placed in an induced coma.

After doctors at Southampton General Hospital in England predicted he would be in a coma for at least a week after treatment, his wife Estelle decided to bring their puppy Teddy as a way to help Andy get over his illness.

The hospital staff was shocked when he woke up after only 4 days. Andy’s reason for waking up early was his beloved dog, Teddy.

This was not the first time the puppy had brought Andy Szasz back from the brink of illness.

Teddy is a 4-year-old rescued dog who is a mixture of a schnauzer-poodle who certainly proved to be a little miracle worker. To his aid, the UK’s Royal Society for the Prevention of Animal Wildlife acknowledged Teddy’s efforts. As it turns out, the RSPCA was the same place where Teddy was adopted.