Dolphin Jumps Out Of The Water To Kiss A Dog 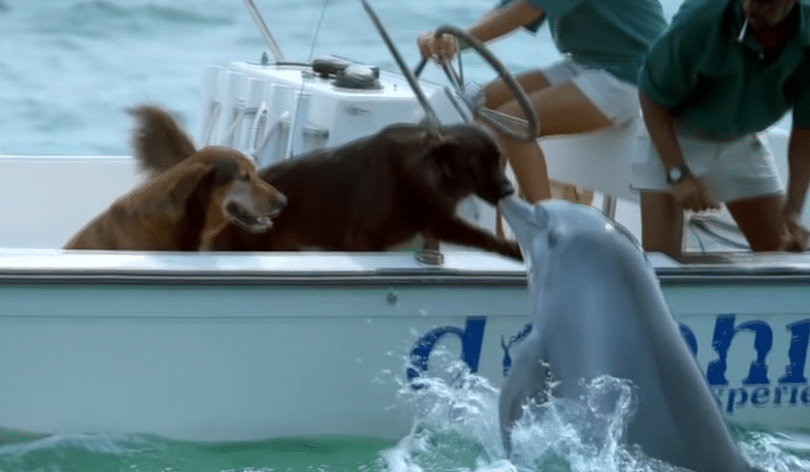 Interspecies friendships are not that common, but they happen more often nowadays.

What about a dog and a dolphin? These species have more in common than you think. Despite the fact that they are from different species and live in very different environments, they have the same personality traits. Both animals are curious and friendly.

Dogs and dolphins are always the first ones to investigate a new person or situation. Because of their similar personality traits, it makes sense that a dog and a dolphin would become friends if they ever got introduced.

And that is exactly what happened when several dogs met with a dolphin. Their first encounter was captured in a sweet video and showed how the dogs and the dolphin became good friends. They even gave each other little nose kisses! The dogs even started jumping from joy and excitement.

Check the adorable video below:

This video is from the IMAX classic titled “Dolphins” which was produced by MacGillivray Freeman Films. It was an award-winning film.

Despite being adorable to watch, this movie also speaks about the friendly nature of dogs – which is something that we absolutely love them for.