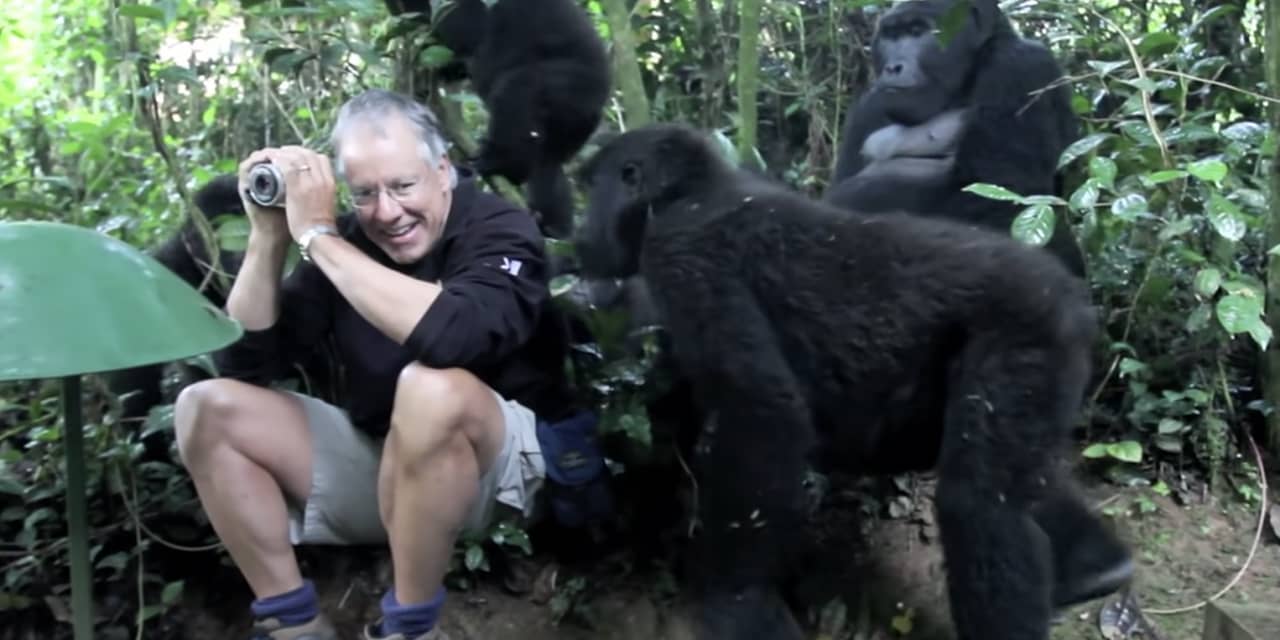 Wild animals are always fascinating to us, as we don’t get the chance to interact with them frequently. So, a close encounter with the untamed part of the animal kingdom is always exciting! Sometimes these encounters can give us mini-heart attacks. They are wild animals after all, and they can be quite unpredictive.

You can imagine how a US tourist felt when a family of wild mountain gorillas came up to him to say hello. Luckily, the ape family was feeling quite friendly and even indulged their guest with a grooming session! The heartwarming moment happened at the Uganda’s Bwindi Impenetrable National Park, when wildlife enthusiast John J. King II wanted to catch only a glimpse of the everyday life of these magnificent animals. However, he got more than he bargained for. The gorillas wanted to greet their neighbors, and visited John’s camp. Having tons of mixed emotions, not knowing whether he should feel fear or excitement, John soon realized that the animals were here to make friends! Curious of their hairless new neighbors, the little gorillas even climbed John’s back and started grooming him!

“The trackers told us, sometimes babies might approach you, and so just basically sit there in a docile position and they will usually just move away,” King explained for National Geographic. “One of the babies grabbed my arm in a very gentle way. I just can’t tell you how gentle it was. It was like a young child touching your arm in a way that’s very endearing.”

As much as the gorillas seemed friendly, John knew better and stood still. He knew how dangerous the silverback gorillas are, especially if the younglings are with them. “Instead of moving away, it went behind me and started to touch me on the shoulder and on the head in what was obviously grooming,” he said. “When the silverback walked up, I was transfixed and really set upon not engaging his eyes and trying to be docile.”