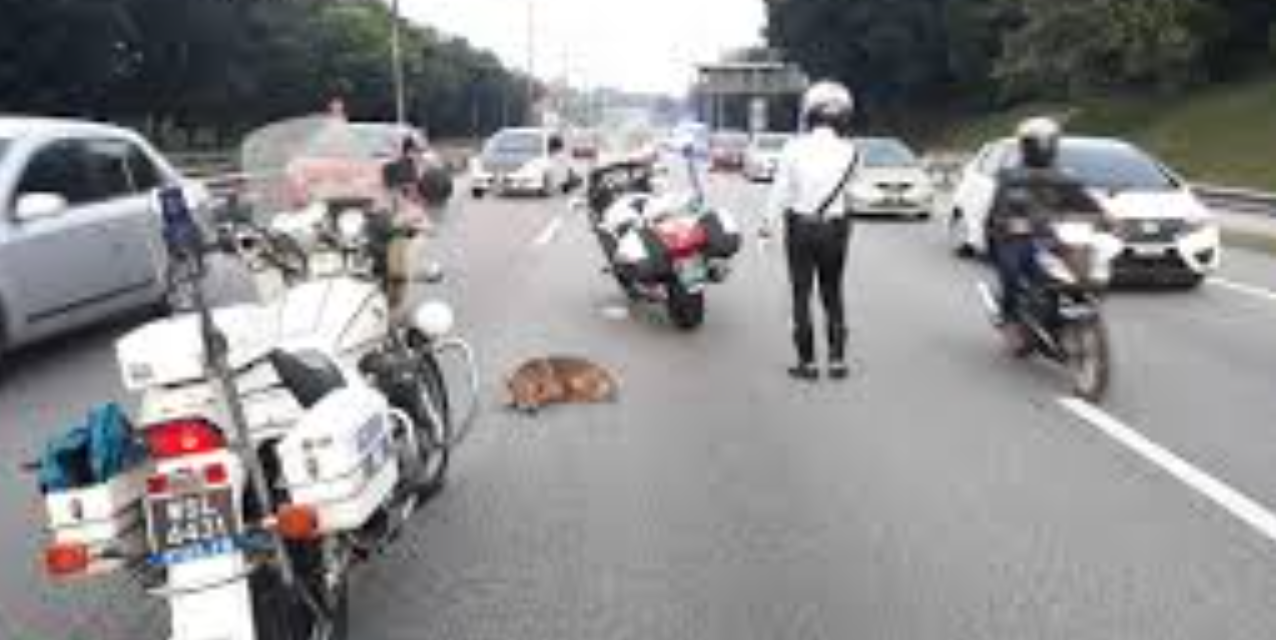 Dogs can socialize well with people and be attached to them. We share a common need for companionship, affection, and loyalty with dogs, and we can build strong bonds with them while we are alive.

They are easily connected to people and remain loyal, also they can be the most faithful creatures in the world if they are treated as part of the family.

Read More: Two People Killed By Train As They Were Trying To Free Their Dog Stuck On Tracks

Many times we can see abandoned or stray dogs who can easily get into trouble on the streets.

Sometimes stray dogs can inadvertently find themselves on an open road and get trapped by a car, and sometimes they can be attacked by bad people. Life on the street can be very difficult!

Shah Alam traffic police rescued an injured dog on the Federal Highway on Friday morning, attracting praise for their actions.

The dog that was hit by a car at KM13.8 on the highway managed to survive. According to the official Facebook page of Royal Malaysia, help was given to the dog so that he could walk again.

The traffic police shared that every creature on this Earth is precious, and they should do good and love each other because everyone deserves to live in peace and comfort.

This post was followed by comments from several social media users.

The police have too praised for the action of rescuing the dog, and Irfan Mahfuz Yusof said they care not only about humans but also of animals.

Zue Raini thanked the police for their help and kindness, saying that God would bless them in return.

Eric Pan said the image must be displayed worldwide.

“Looking at this picture makes me so touched and I want to give the officer a big hug,” he said.

This is proof that there are still good people who care about the good of all.
Big thanks to the traffic police for this heroic move!

Read More: Adopted Dog Gets A Surprise Of A Lifetime – His Very First Yard