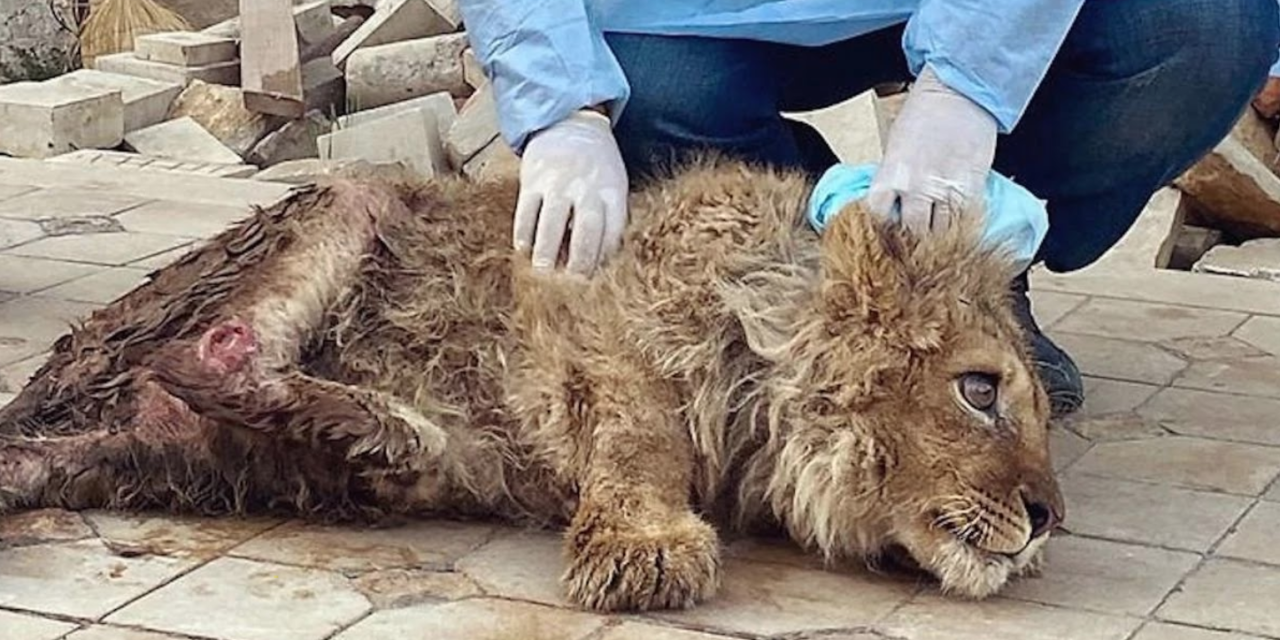 Animal cruelty and abuse take place every day around the world. It was recently reported that the legs of a lion cub were broken on purpose so it wouldn’t escape while being forced to take pictures with visitors at a beach near Dagestan, a Russian republic. 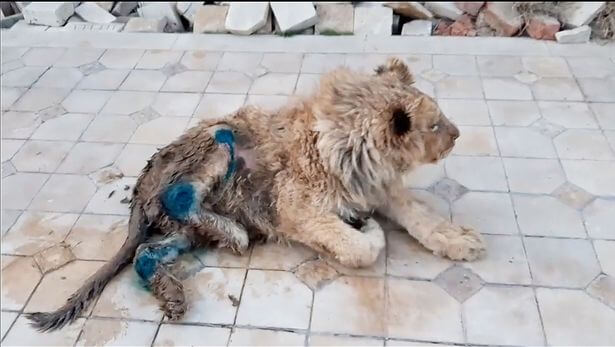 According to reports, the little cub, named Simba, was just a few weeks old when he was taken from his mom. He was forced to pose with visitors and tourists. As the cub grew up, he ran away a few times so his owners decided to break his legs. Sadly, the cub was beaten and tortured, so he suffered spinal injuries leaving him on the verge of death.

Simba wasn’t able to move and he was in extreme pain. His torturers then decided to tie him up in a filthy barn and leave him there without any food. Simba was lying there helpless until he was finally rescued.

In the video, you can see the health condition of the cub was before he went under surgery. After the surgery, he had to learn how to walk again.

Yulia Ageeva led the mission to rescue Simba. She said that during the frost, his owners constantly poured water on him. 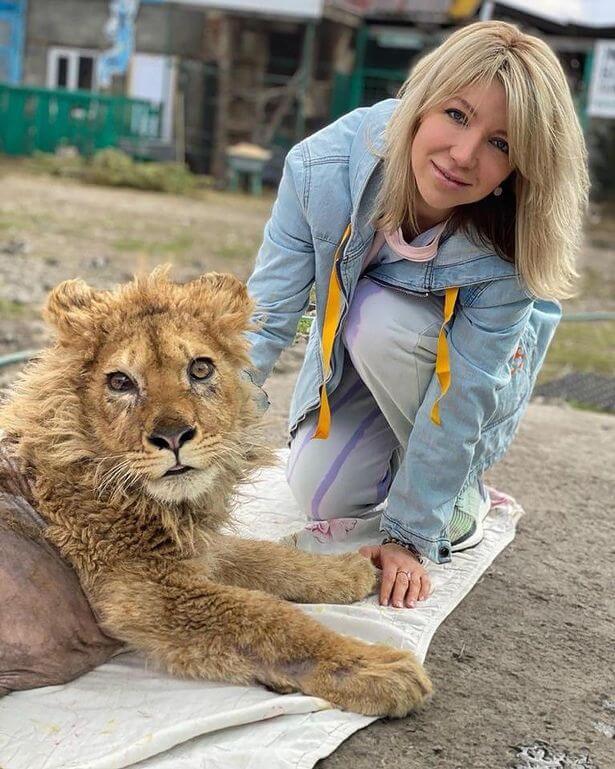 Like breaking his back legs wasn’t enough torture, the cub also suffered from intestinal blockages, pressure sores, and wasting of his hind muscles. After he was rescued, he was immediately taken to the animal specialist Karen Dallakyan who confirmed  that Simba suffered “an ocean of pain.” 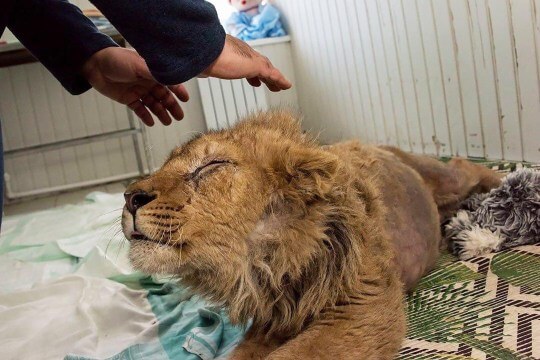 After the surgery, the cub who was on the verge of death slowly started improving and learned how to use his back legs once again After several months, Simba had a miraculous recovery, even his coat has grown in. 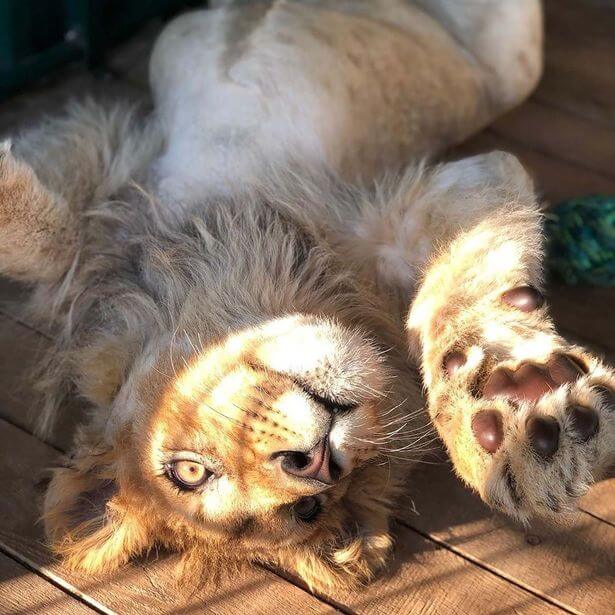 Simba’s case caught the attention of Vladimir Putin, the President of Russia, who is a huge animal lover. He was so shocked, so he decided to launch a criminal investigation.