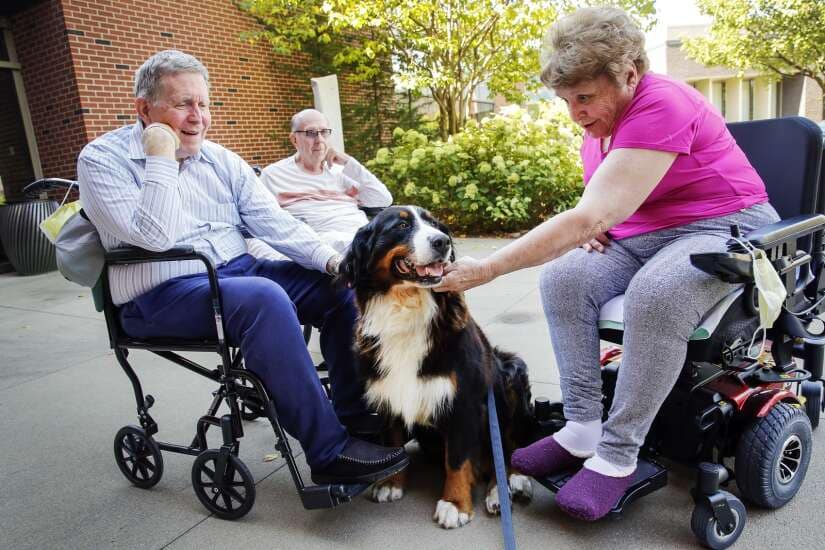 Mercy’s Hallmar recently got a new adorable resident. Her name is Hope, a Bernese Mountain dog, and she’s here to shine hope to anyone who needs it. She’s a five year-old therapy dog and one of the best things that has happened to the residents of Hallmar since the pandemic started.

For Harold Pitz who is one of the residents, Hope is a beautiful reminder of his old pal Miko, a 19-year-old German shepherd who stayed back home after Pitz moved to Hallmar in December. 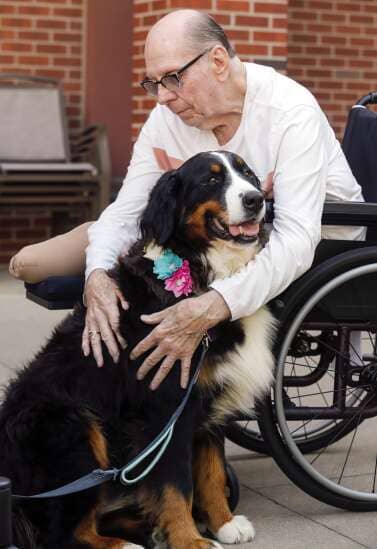 Every day, he goes to Hope’s room to wish her good morning, and every night he gives her a special treat and whispers a prayer in her ear.

“Because she deserves it,” he explained to The Gazette — calling her not just Hope, but “my Hope.”

“Before her arrival at the end of August, he would hold his stuffed dog, who he would take on walks, show pictures of Miko to others and talk about him,” said Tawnya Salsbery, senior director of post-acute and senior services at Mercy. “For residents like Pitz, Hope brings a new quality of life to a different stage in life.” 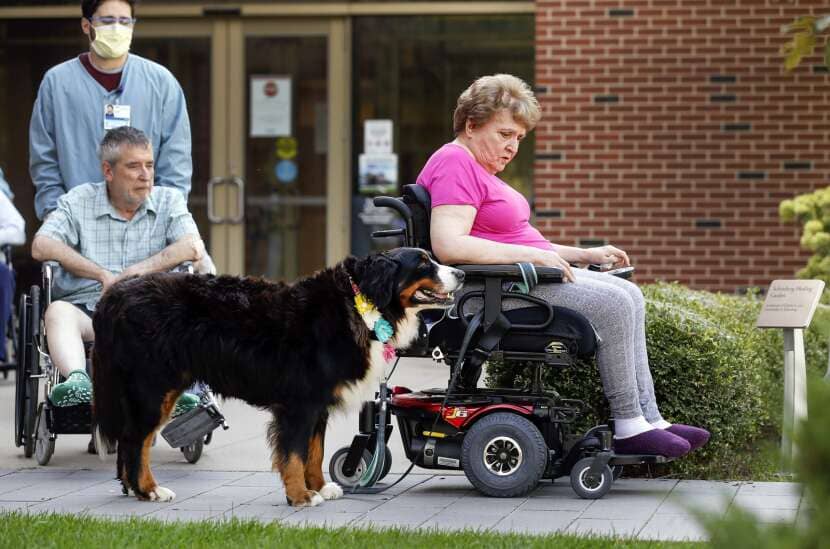 “When residents have to make the decision to leave home, that’s hard enough in itself,” she said. “For many people, animals are their best friend, their best companion.”

Hope is not the first therapy dog that served in Hallmar. However, she’s a bit different as the institution now strives to offer a more home-like experience for their residents rather than an institutional one. So, Hope is not just a therapy dog, she’s also a pet.

Even though she doesn’t have any formal training, Hope already posesses the main qualities for her role: being gentle and patient.

Another resident who had to part ways with their beloved furry friend is Gloria Klinger. She left her Golden Retriever Pooka when she moved in in January.

“I enjoy Hope because I had to give up my dog,” she said, recalling the times Pooka could sleep on her bed. 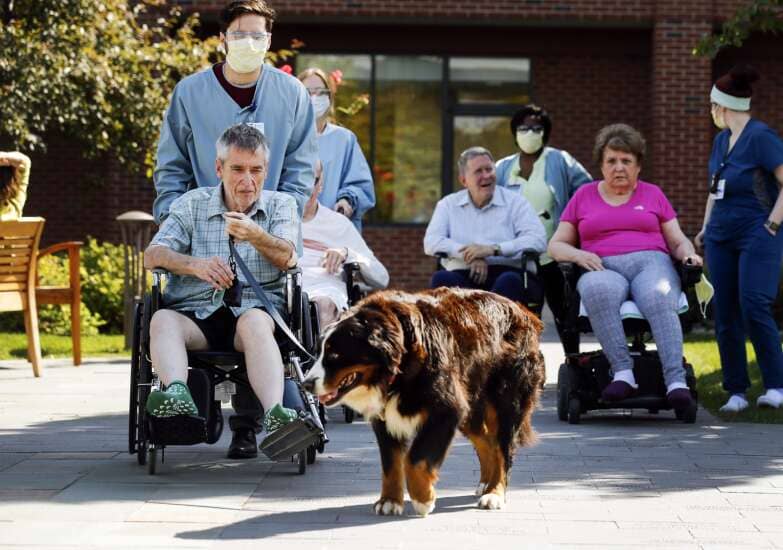 According to nurse tech Liv Lanham, having Hope around makes thing easier since the pandemic limited visits at Hallmar.

“They know Hope is here,” Lanham said, calling the dog a coping mechanism and anxiety reliever for many of the 37 residents.

“No matter how much we try to make it not this way, people are lonely,” said Salsbery. “They’re lonely in a different way than the general population.”

According to Salsbery, this practice of having “pets” in Hallmar may even reduce medication usage for those with anxiety, depression, dementia and other mental health conditions.

“If (residents) get to pet her just once a day, they’re pretty happy about that,” she said. “You can’t go in a room and not see the residents light up and be so happy.”

“We can physically see that difference in them,” Salsbery said.

Even the non-verbal residents are not a problem for Hope. These residents communicate with her by giving her belly rubs and scratches behind her ears, which she absolutely loves! 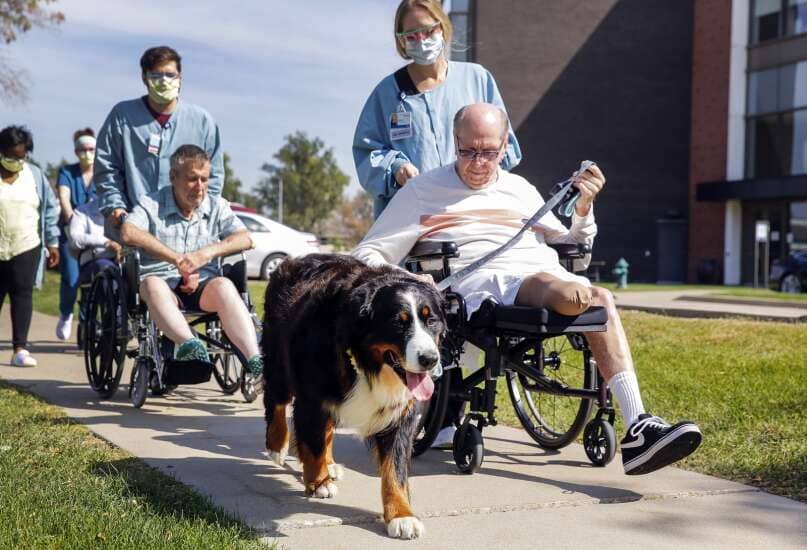 Hope has her own room in Hallmar and all the freedom in the world! She can wander the hallways, go on the patio, ride in the bus and go on outings with residents. Her daily routine includes two rounds on both floors of Hallmar and attending daily resident activities.

However, despite the leisurely pace, Hope has known her job since the day she was brought in Hallmar by Kimberlee’s Kennels in Decorah.

“The first day I brought her in … she literally directed me into a particular room. It was a resident who is toward the end of life,” said Salsbery.

As Hope nudged the resident by the hand, they opened their eyes and started to giggle.

“Instinctively, she knew she was supposed to go through that doorway,” Salsbery said as her voice broke slightly, recalling the moment. “It’s pretty amazing.”

Even after care providers have done everything they can do, Hope’s emotional connection reaches the depths of the human spirit that medicine can’t heal.

“I’ve been a nurse for over 25 years,” Salsbery said. “This is the greatest thing I’ve done in my career. And I’ve done lots of things.”

As Hallmar carries on with its transformation from an institutional model to a homelike model directed by residents, Hope is just one of the ways that Hallmar becomes home to its residents. With the transition to the new Hallmar Village in 2023, Salsbery said more residents in various levels of care will be able to bring their pets.