A Husky Puppy Sounds Just Like A Star Wars Character 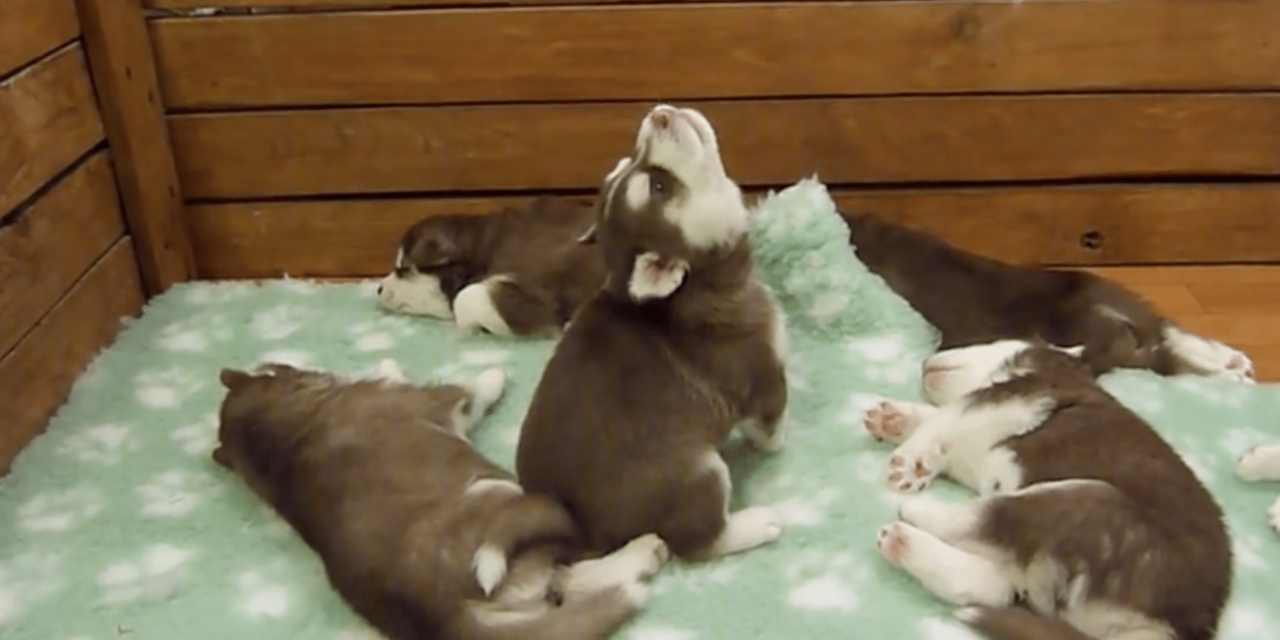 Watch out Star Wars fans, this little Wookie will steal your heart for sure!

Recently a video of a little brown and white husky puppy impersonating Chewbacca was shared on social media and it immediately went viral. This little impersonator is so cute and he is to die for.

In the viral video, the husky is sitting while all of his siblings are taking a nap. Even though this scene is precious as it is, the cuteness of the moment increased by 100% when the little pup opened his mouth.

He tried his best to howl, but it did not go as planned. Instead of sounding like a scary dog, the puppy ended up sounding like Chewbacca, the legendary Wookie warrior from Star Wars.

Despite the fact that this dog can’t howl, he is still a cutie. Watch the video of the little Chewbacca impersonator

The owner of the puppies filmed the moment when this little guy tried to bark, but he only made some funny noises that don’t look sound like barks at all. When the owner heard the adorable squeaky noises that sound like toy sounds, she couldn’t help but laugh as soon as she heard the outcome of pup’s barks.below:

Dogs have amazing abilities. Putting a smile on their owners’ faces is one of those abilities no matter what they are doing. It appears that this howling puppy really wants to join the heroes of the galaxy. Unfortunately, pets are not allowed in spaceships and he is not happy about this rule. It must be hard to say no to this cute face.

Maybe if this little pup practices more, the Star Wars producers will give him a role if they make another film.