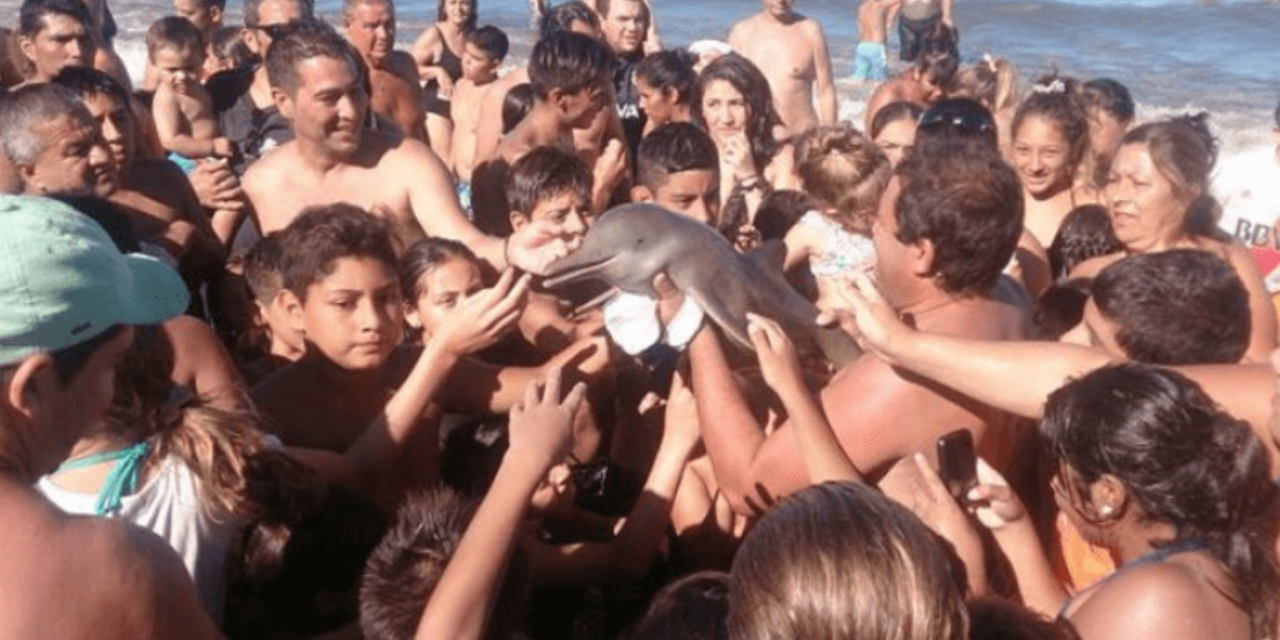 Many people would do everything to get the perfect shot of a “once-in-a-lifetime” opportunity just to share it on social media and receive likes. Some people can take it to far and the end results may end up being horrifying. Unfortunately, this is not a story with a happy ending.

On a busy Spanish beach in Mojácar, Almeira, a baby dolphin died after tourists harassed it, passed it around, and took selfies with it. The poor animal lost his mom in the water and got washed up onshore. Instead of calling authorities and help the baby dolphin, tourists on the beach thought it was better to take a selfie with the poor animal.

Once the pictures were shared on social media, these people received backlash for scaring and killing the dolphin. The animal was still a baby and needed to be breastfed, instead of passed among tourists.

Equinac, the organization that rescues marine animals, released a statement and condemned the people who passed around the poor animal. They noted that humans once again proved they are the most irrational species in the world.

Many people can’t feel empathy for other living beings. Some people aren’t aware that animals can feel or even suffer from stress.

One concerned citizen called authorities and reported the case. Unfortunately, they arrived 15 minutes later and the animal was already dead. If people weren’t so insensitive, the dolphin would have still been alive.

Sadly, this isn’t the first time something like this has happened. In Argentina, several tourists did the same thing: they passed around a baby dolphin just to take a selfie with it.

One witness made comments about the unfortunate incident on Facebook, explaining that the dolphin was held like a trophy. The tourists weren’t even aware the animal was stressed. After taking several pictures, the tourists put the baby dolphin down on the sand, which became a fatal move for the animal.

However, someone else pointed out that the dolphin was dead even before the tourists picked it up and took pictures with it.

Some people aren’t aware they are endangering the lives of innocent animals, and this needs to be stopped.