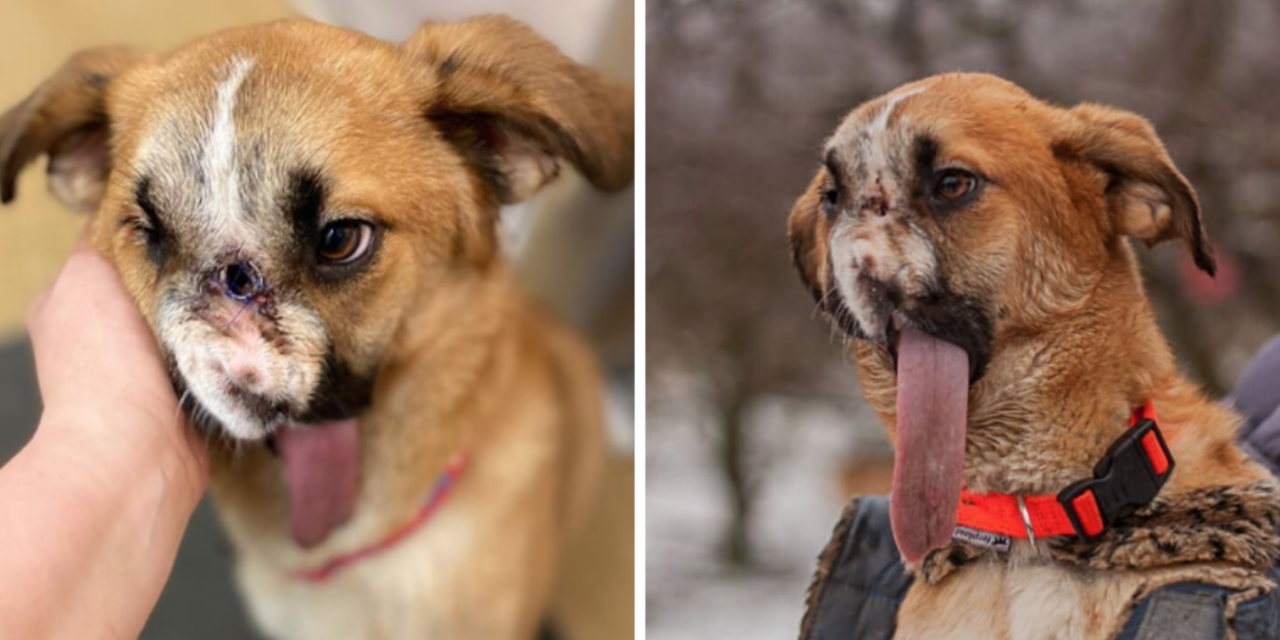 Despite the fact that many animal lovers are trying to put an end to animal cruelty, it still exists today. There are many animals who suffer in the hands of these abusers.

These people are monsters because they enjoy beating and torturing animals for fun! Why do these people do such horrible things? Surprisingly, even children can be animal abusers.

Meet Millie, the dog who miraculously survived. Her story was featured on TV in March and many viewers fell in love with her!

Millie is from Russia and when she was just several months old, a group of kids attacked her. First, they were beating her, then they shot her in the face and left her to die. These kids knew that they were doing.

Read More: This Huge Pet Rabbit Is As Big As His Human Siblings

Fortunately, Millie was saved, but now she has severe deformities. She doesn’t snout anymore because of the trauma she experienced. Also, she has 2 bullets inside her head that the vets couldn’t take out. However, Millie is a strong dog and a fighter.

The dog and her rescuer, Kasey Carlin, appeared on a television show. Dr. Scott Miller, the show’s resident veterinarian, joined them as well.

‘She’s enjoying life, she has a good quality of life.’

Millie was found dying on the streets by animal activists, but @drscottym claims the decision not to put her down was for the best ? #ThisMorning pic.twitter.com/dUVn0O8hIr

When everyone saw Millie, they felt heartbroken and sad. Despite what she’s been through, she was relaxed and liked being in the center of attention.

Usually, dogs who are in a similar situation as Millie, they are put down to sleep. But, when Millie received her primary treatment, she responded really well to it.

After being a guest on the show, Millie made a huge impression on the TV viewers and her owner decided to set up an Instagram account for her. She already grained more than 89,000 followers!

Although Millie’s story is heartbreaking, her life is way better now. She lives in a home and most importantly, she is safe.