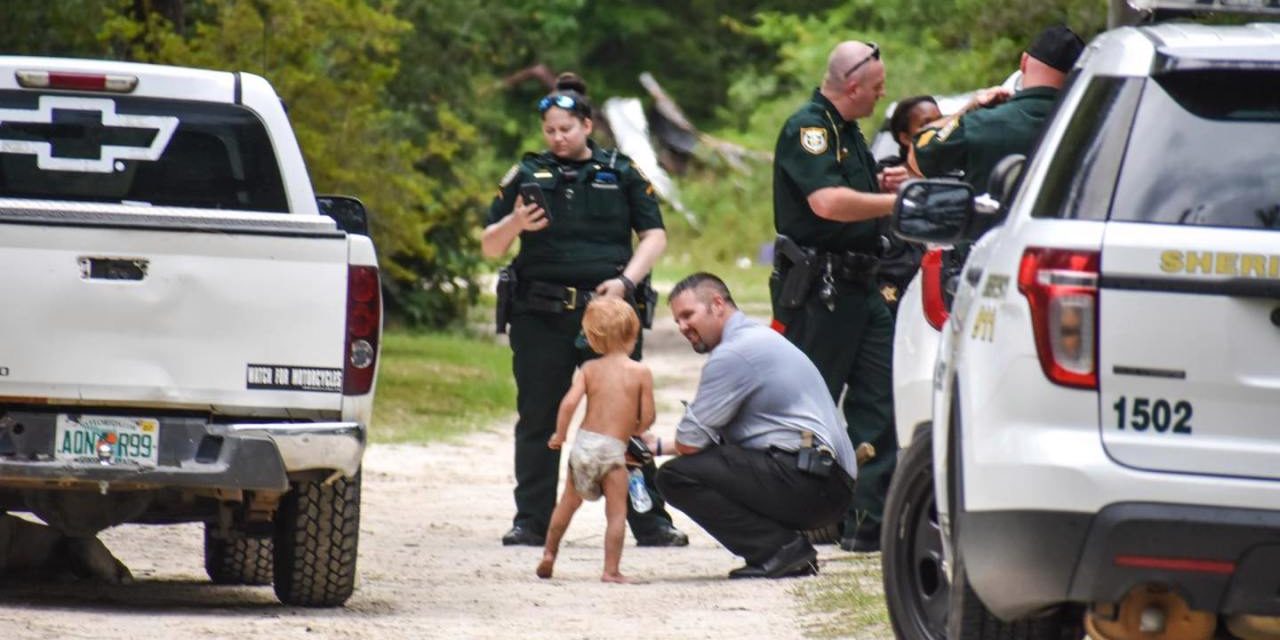 Wednesday morning became a nightmare for the Buttler family from Ponce de Leon when their three-year-old son who has autism went missing.

They immediately reported it to the police and told them that the boy named Marshal was wearing just a diaper. The boy’s aunt Kayla Stewart pointed out that the entire family was panicked and worried. She also said that lots of worst-case scenarios were running through their heads.

Several law enforcement agencies joined the family and neighbors in the search of the missing boy who doesn’t communicate. Law enforcement from Walton County and Holmes County searched the area for several hours.

Even the Florida Fish and Wildlife Conservation Commission joined the search and K9 Teams were called from the Walton Correctional Institution to help.

In a Facebook post, the Walton County Sheriff’s Office wrote that there was an hour time gap between when the child was last seen and when it was reported to the agency.

Fortunately, a neighbor found the little boy a mile away from home near a river. When Carol Shelton saw him, he was accompanied by the family’s two dogs, Nala and Buckwheat. The sheriff’s office announced on Facebook that the boy was returned home.

Butler’s parents were so grateful for their dogs kept their son safe.

Luckily, the boy didn’t have any physical injuries and as the family noted previously, he was wearing just a diaper. He was a little dirty from playing in the dirt, which he really loves to do.

This story proves that dogs will always protect their owners. Who knows what would have happened if the boy was all alone?