Mourning The Loss Of Her Puppies, This Rescue Dog Finds Comfort In The Weirdest Place 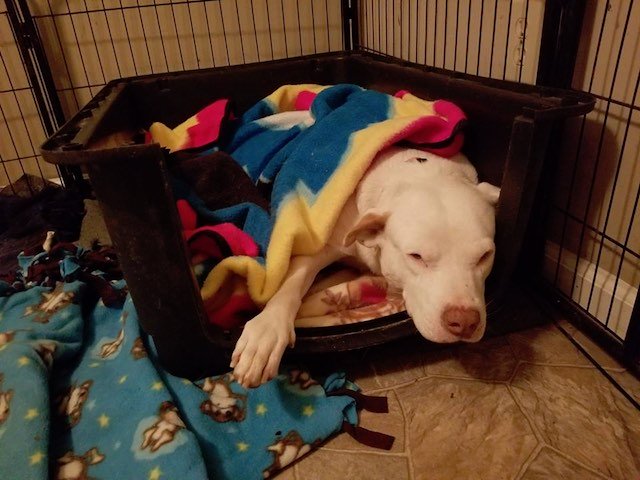 A rescue dog who lost her puppies found comfort in her stuffed animals. In their own way, they’re helping her get through the loss of losing her babies.

The dog named Kiah was found by the Cherokee County Humane Society in Atlanta, Georgia. She was found walking the streets alone and pregnant.

She was immediately examined and it was determined that she had a rough past.

Read More: Shelter Dog Has Been Waiting For A Home For Almost Two Year 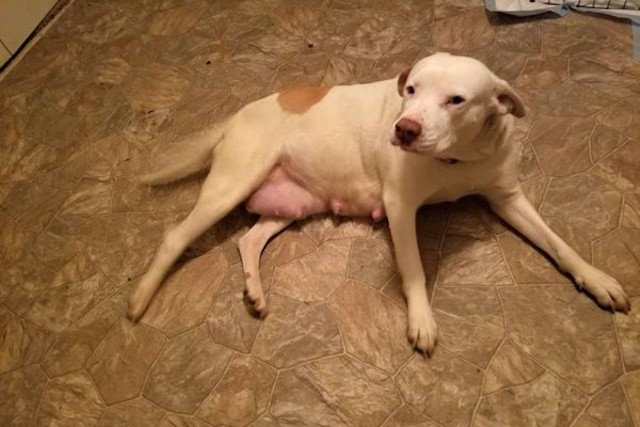 The woman who was fostering Kiah posted on Facebook:

“Her x-ray showed old pellets near her spine, which tells us she was shot once upon a time. Her front teeth have been filed down, which speaks of bad intentions at the very least.”

Unfortunately, Kiah’s rescuers found out that her puppies have been dead for several days. In order to save her, they needed to perform emergency surgery to save her life. The rescue dog lost her puppies due to overbreeding. 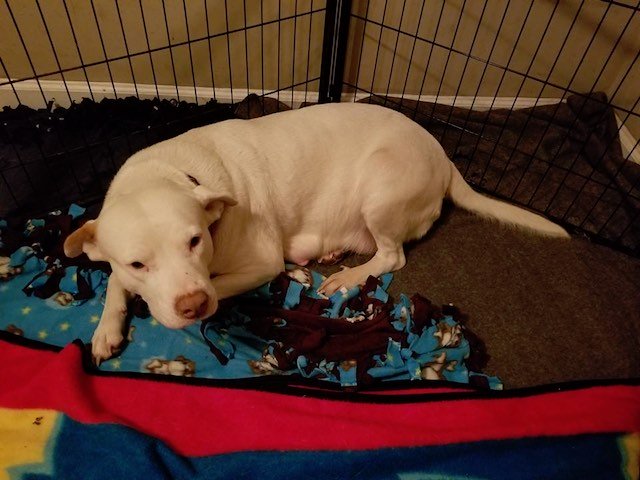 The rescuers gave the dog the name of Kiah, because of it’s meaning – new beginnings. Caroline took Kiah home after her surgery to help with her recovery.

Kiah has had a really tragic life. It’s sad to think that in order for her to have “new beginnings” she had to lose her puppies. But, Caroline is there to help her recover.

To help Kiah recover, Caroline had the idea to put stuffed animals in Kiah’s bed to make her feel better. Because of the devastation from losing her puppies, the rescue dog found comfort in the stuffed animals. Cuddling with them makes her feel a little better.

“She has one that vibrates and plays lullabies, and that one is her favorite. She likes the music.”

Here’s the video that Caroline shared of the sweet pup:

Kiah rescuers hoped that she can be a surrogate mom for orphaned puppies, but because of the condition she has – called mastitis, she’s unable to nurse any puppies. After she recovers from the operation and the loss of her puppies, Kiah will also be treated for heartworm.

Caroline, her rescuer, decided to take care of her as long as she needs it. When she’s fully healed, happy and vaccinated, Caroline will try to find her a forever home with a loving family.

Read More: Courageous K-9 Killed While On Duty After Chasing Down Suspect 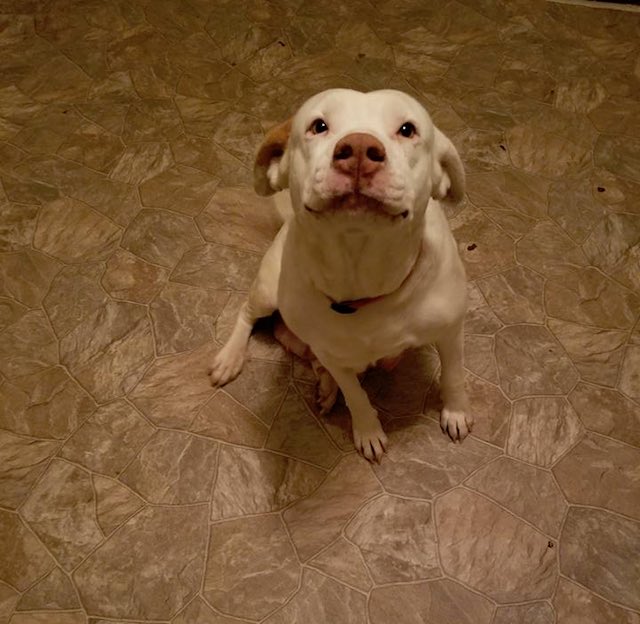 Kiah felt so much better after some time with Caroline. Caroline shared a video of Kiah doing a “happy dance”. When asked by someone on YouTube how she’s doing, Caroline shared some great news: “She got adopted! She’s doing wonderfully.”