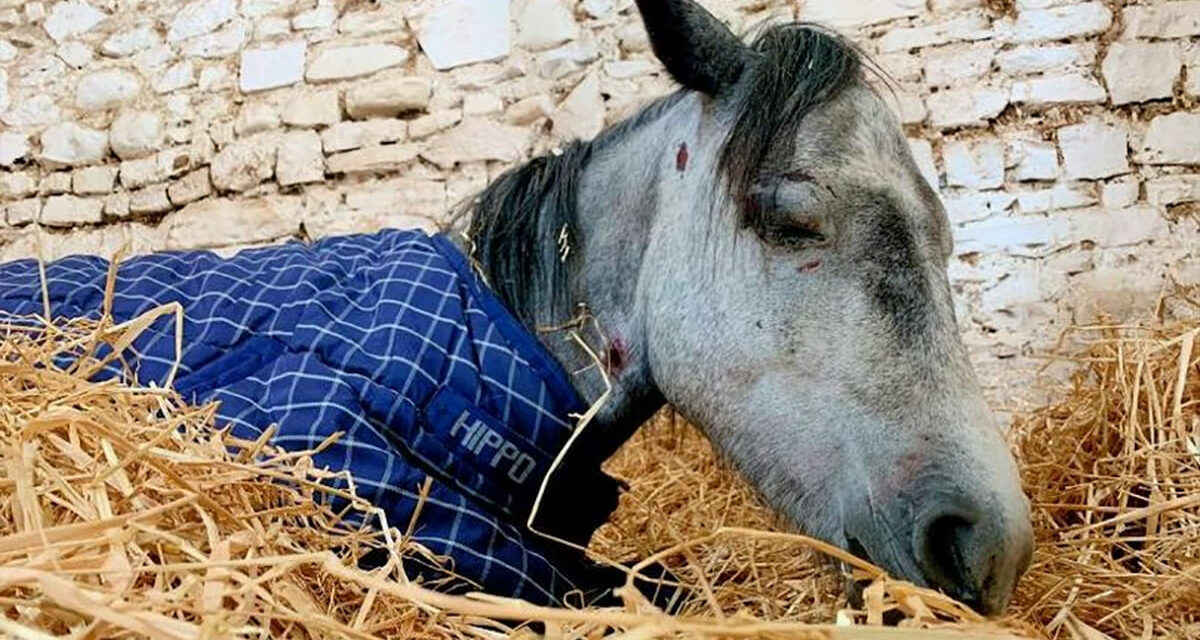 A pony died in front of his rescuers after a group of teenagers viciously attacked her and left the poor animal in a horrible condition.

When a passerby spotted the pony who was alone and scared in West Dublin, Ireland, he immediately called My Lovely Horse Rescue (MLHR) for help.

Volunteers rushed to the scene at the Grand Canal where the wounded pony was seen, but, sadly, couldn’t find her.

As it was getting darker, it was impossible to find her during the night. However, the volunteers came back to the scene along with the police the following morning and managed to locate the injured donkey.

According to reports, the donkey’s head was so low and her body was in a horrible condition. The pony, later named Jenna, had injuries all over her body and a very swollen face.

Read More: Ricky Gervais Is Determined To Put An End To Trophy Hunting, Saying It’s ‘Humanity At Its Very Worst’

Martina Kenny, one of the co-founders of MLHR, said the volunteers weren’t aware that Jenna was beating so bad. She had cuts all over her body and could have septicemia.

Volunteers gave antibiotics and painkillers to Jenna and they took shifts to take care of her.

The next morning, the pony was struggling to breathe and fell on the ground. Within a few hours, Jenna died in front of the volunteers who saved her.

Even though Kenny called a vet, it was too late to save the poor pony. She said that Jenna was around 3 years old and didn’t deserve to die.

The horse rescue posted several pictures of Jenna on their Facebook page, calling for justice. Although the post received over 1,000 comments, many people are asking why those who witnessed the beating didn’t do anything to stop it.

No animal deserves to be beaten to death. It’s our duty to report any animal abuse because they cannot defend themselves. We have to be their voice in order to protect them!