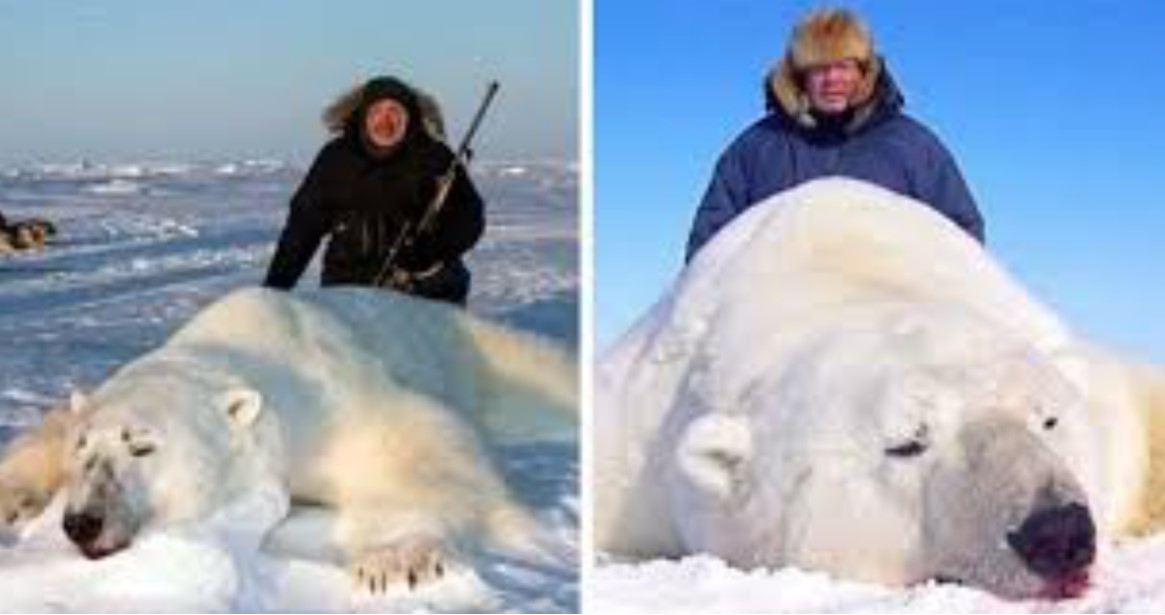 Trophy hunters are posing with killed polar bears in an attempt to promote expeditions to the Artic which are organized by hunting firms.

It’s estimated that 5,000 polar bears are killed for sport in the Canadian part of the Arctic Circle in the last few years. What makes this even worse are the hunting companies who are making money on their cruel fantasies. 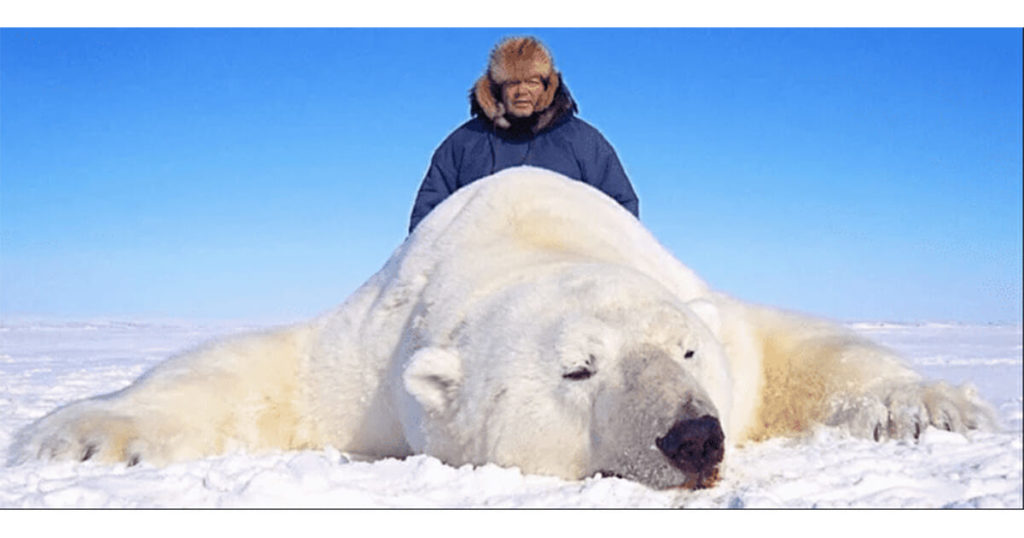 One of these companies is the Worldwide Trophy Adventures which offers a second 10-day hunt if hunters don’t kill a polar bear during the first scheduled hunt.

On the company’s website, it’s mentioned that their hunting package provides “experienced Inuit polar bear guide with a dog team throughout the duration of the hunt” and a “field preparation of the trophy” as well. The hunt is closed when a “polar bear is harvested”.

In 2008, the United States banned the importation of polar bear trophies and declared these animals an endangered species. However, Norway is the only country in the world that has completely banned polar bear hunting. Unfortunately, Canadian Inuits who have licenses to hunt polar bears are now selling them to trophy hunters.

The price of U.S. citizens to kill a polar bear during an expedition is around $1,000 while the price of the actual hunt is a little more than $44,000. 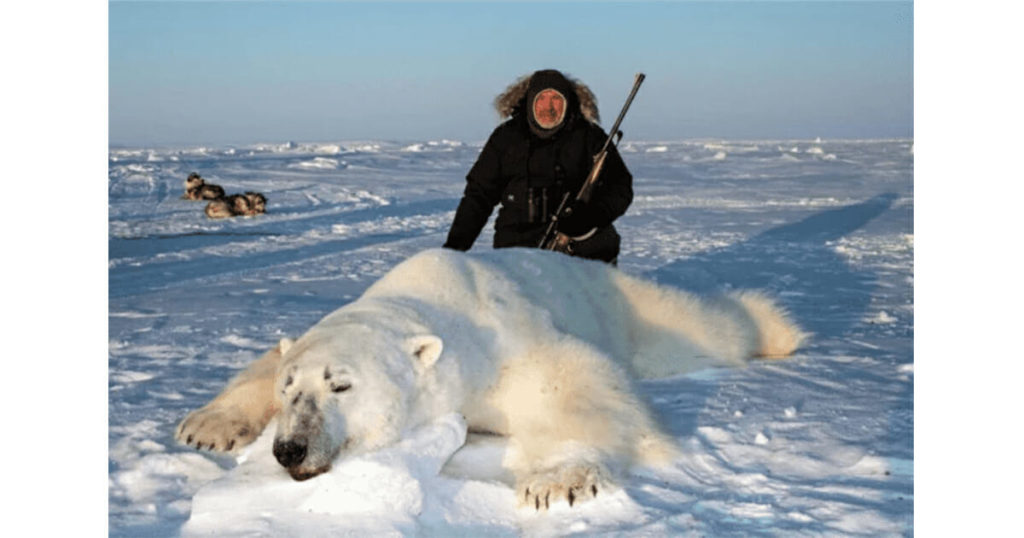 Trophy hunting is always wrong. We don’t understand how someone justifies the hunting and killing of such majestic creatures, especially when their population is decreasing due to climate change and shortage of food.

It’s horrible that people kill polar bears just so they can have a bear’s head above their fireplace or as a rug on their floor.

We are against the awful practice of trophy hunting, no matter if it’s a polar bear, big cat, rhino, etc. What are your thoughts?