Veteran Gets Surprised With A Service Dog During A Basketball Game 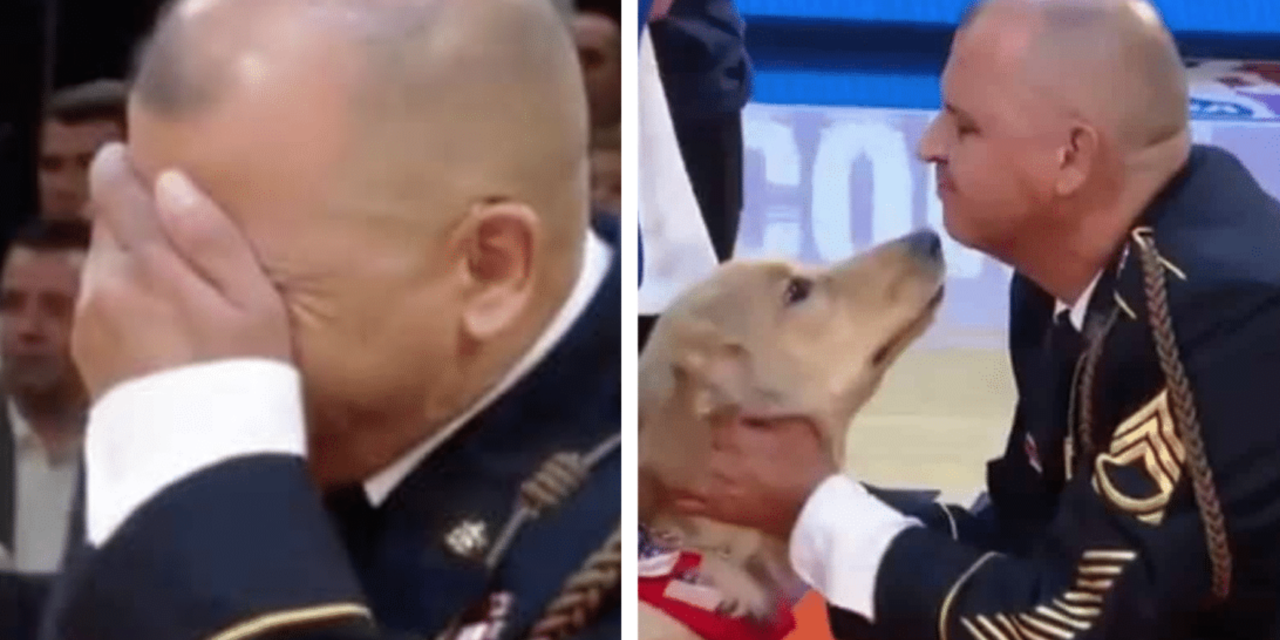 Soldiers go through a lot during their time of service, including physical wounds or emotional injuries of war. When veterans return home, they often need some kind of assistance or even a service dog.

Sadly, not every soldier who needs a service dog is able to get one immediately. Despite the fact that they sacrifice so much for their country, some soldiers have to wait in order to get a service dog which seems so unfair. 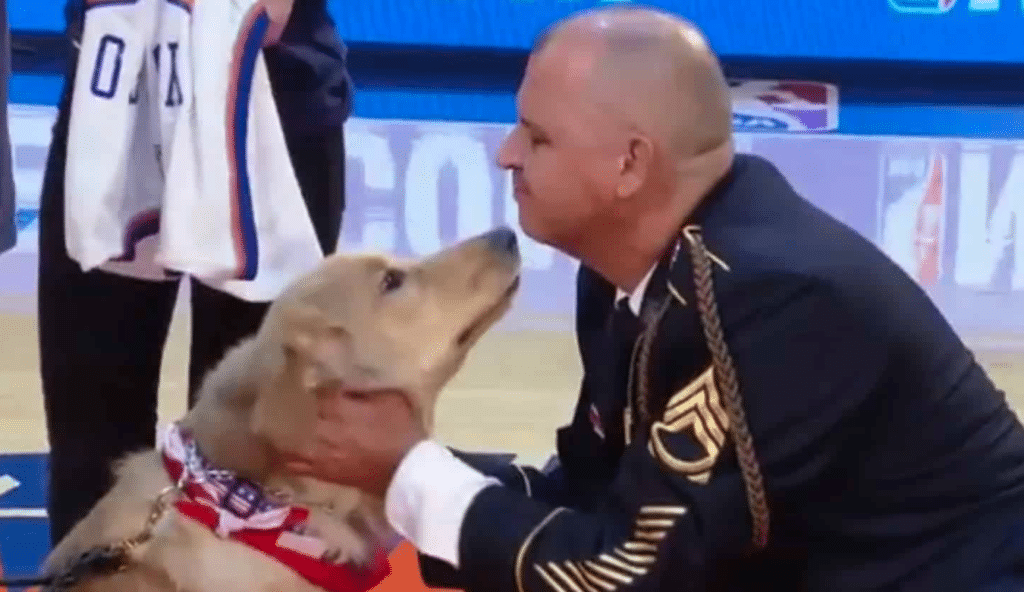 Meet Luciano Yulfo, the sergeant who spent 36 years serving in the military. During his career as a soldier, he was a part of Operation Iraqi Freedom and Operation Enduring Freedom. While he was in Afghanistan in 2014, he received an injury that resulted in medical retirement from active duty.

For the next two years, Yulfo stayed at the Walter Reed National Military Medical Center. In 2016, he officially retired from the military. Since he returned to the United States, he applied for a service dog because he needed help with the injuries he endured in Afghanistan. Unfortunately, he was on a waiting list for 18 months. 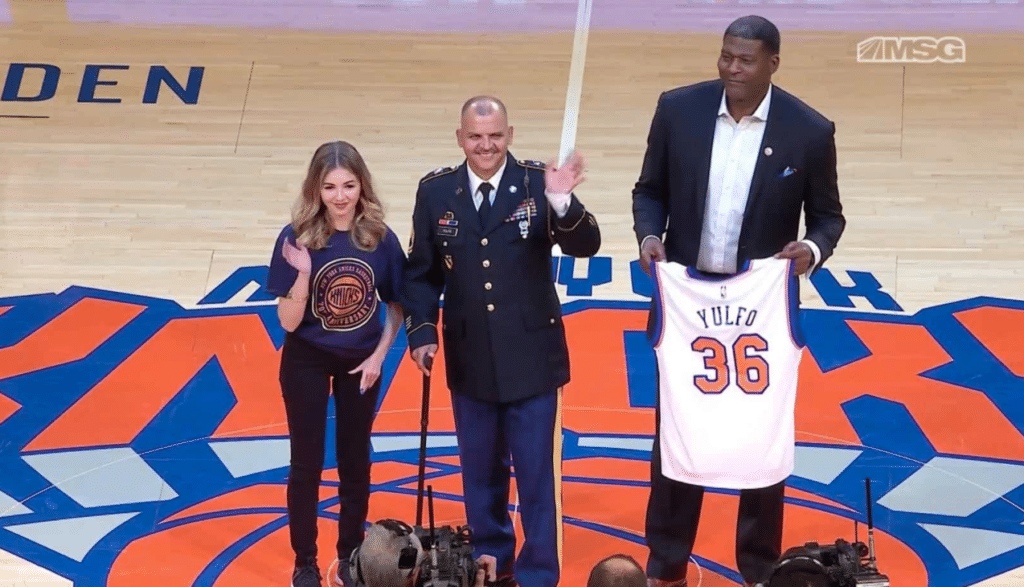 One day when  Sgt. Yulgo was out at a Knicks game at Madison Square Garden, something unexpected happened. He was brought to the court center and honored during a Military Appreciation Night. During the game, the former US army soldier received a personalized Knicks jersey and a service dog named Murphy.

The dog was donated by Paws of War, the organization that trains rescued dogs to be service dogs for veterans. All the dogs are trained in order to provide emotional support dogs or help those who can’t walk.

When Yulfo saw his new service dog, he got really excited. He fell to his knees and hugged his new little helper – a very special moment that brought tears to everyone who attended the game. What an amazing surprise!