Dog Sits In A Pile Of His Military Owner’s Clothes 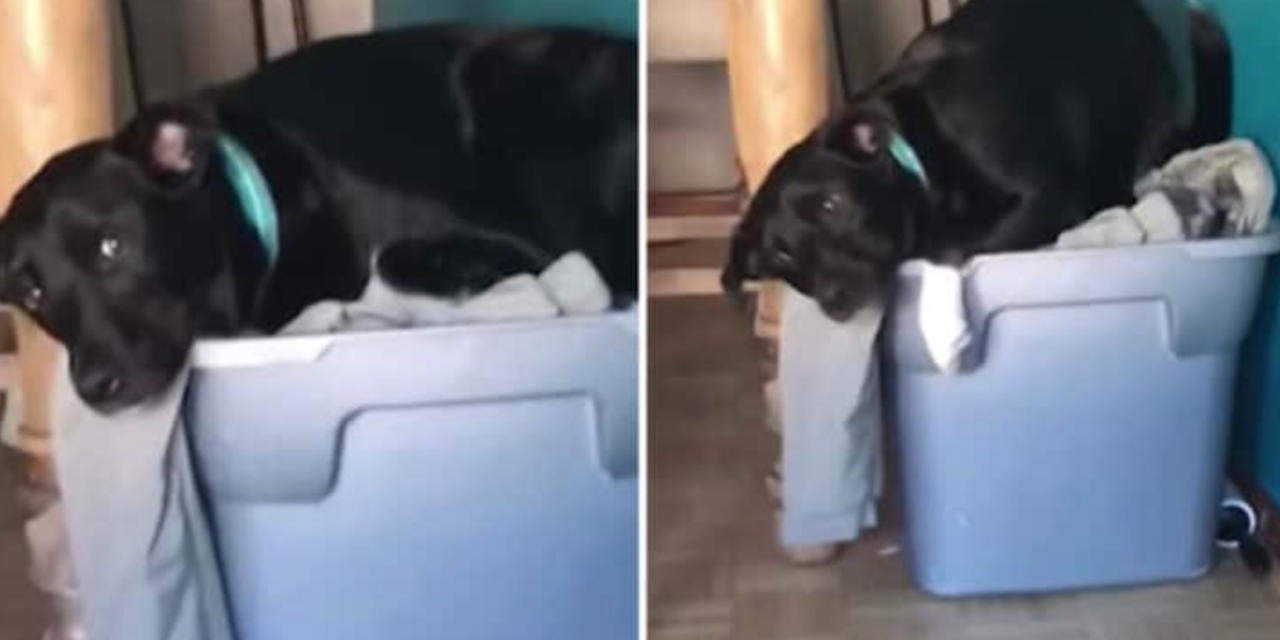 Dogs are very caring and compassionate creatures. They get very excited and happy when they get to spend time with their humans. Their loyalty and friendship are all we need.

Our dogs really miss spending time with us, when we are away for a longer period of time, especially when it comes to soldiers. Once soldiers are deployed, they can be gone from 90 days to 15 months. This is not an easy experience and dogs don’t usually understand what’s going on.

While Michael Yost was deployed overseas, he had to leave his family in Germany with his two dogs. His wife and two dogs had a hard time accepting his deployment, especially Michael’s Lab and Collie mix.

Fruitloops was heartbroken when Michael left. The dog was sad and depressed so he found comfort in his owner’s absence by sleeping on top of a plastic container that had Michael’s clothes.

Jessica managed to catch Fruitloops on camera while he was sleeping on Michael’s clothes and she felt so bad for the poor dog. She posted the video on the Internet, where it immediately went viral. She admitted she was heartbroken after she saw Fruitloops lying on top of Michael’s old clothes.

Even though she tried to cheer Fruitloops by talking to him, she was aware that the dog couldn’t understand that Michael was scheduled to return in the autumn. The duo has a special bond and became best friends when Michael and Jessica got engaged.

At first, she joked with Michael saying if the dog didn’t like him, their relationship would be over. Clearly, there was no problem there since the two of them share a special bond since they met. No doubt Fruitloops will be happy and excited once he sees his best friend again.