VIDEO: Mother Cow Runs After Her Calves Were Taken By Force 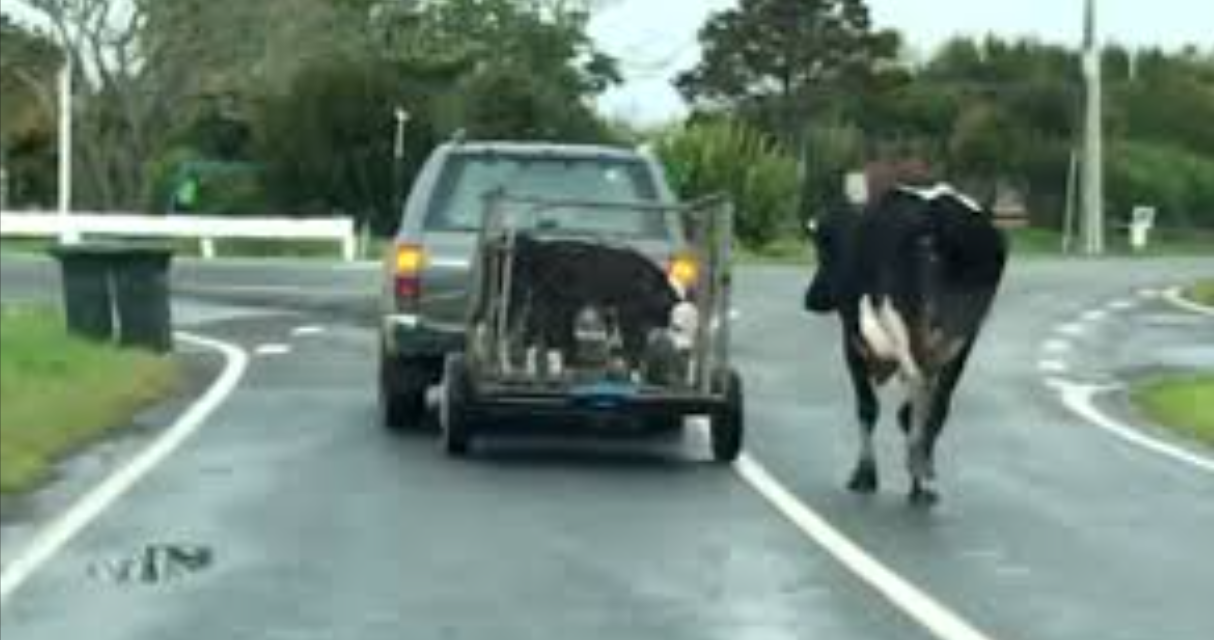 We can’t take anything in life for granted. We stress and question almost everything that happens in our lives.

Just one simple change can make our lives better. Did you know that almost 75% of the Americans think they eat cruelty-free meat, dairy, and eggs?

Recently SAFE, the New Zealand-based animal rights group, shared a video that shows the other side of the story. In the video, there is a mother cow chasing after her calves. Unfortunately, the babies were taken away from her by force, so she was running after them.

A concerned citizen caught everything on camera and sent the video to the animal rights group. According to reports, SAFE said that more than 2 million calves are destroyed as a “wastage” in New Zealand.

In case you didn’t know, cows are curious and very sensitive creatures who usually live in small herds and create close friendships with others. They can even develop a social hierarchy and recognize over 100 members of their herd.

Read More: A Puppy Was Rescued While Wandering Around The Streets In Extreme Pain, Vets Had To Remove Its Eyes

In addition, cows also create strong bonds with humans and dogs. Unfortunately, these creatures usually end up being exploited.

Cows are impregnated just to make milk. When they give birth, their babies are forcefully taken away from them. It’s heartbreaking to see the separation between a mother and her baby. Female calves have the same fate as their mothers, while the males are sold or slaughtered for meat.

Even though cows can live up to 20 years, farmers have already shortened their lifecycle.

Cows are impregnated every few months after they give birth. After a few years, these cows are killed because their bodies are weak.

According to the vets, calves usually live better lives when they are raised next to their mothers. They can grow up and eat well.

A baby should never be separated from its mother, even if the mom is an animal.