15-Week-Old Puppies Brutally Murdered And Dumped In a Bag, $1,000 Offered For Information 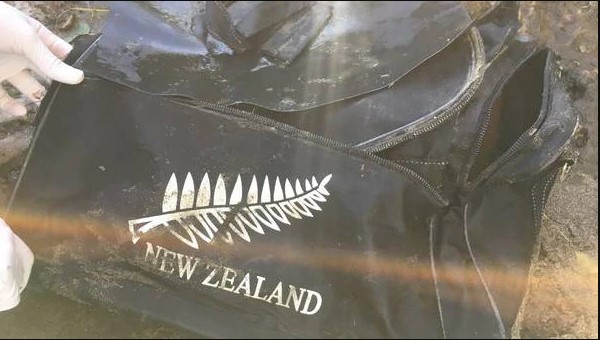 WARNING: This article contains graphic images that may disturb some viewers!

A $1,000 reward is offered for anyone who has relevant information that will help in finding the person who drowned puppies in the Waikato River, New Zealand.

A family who was walking near the river discovered the puppies who were dumped in a bag with a weight in it on Friday. It’s believed that the puppies were around 15 weeks old.

The person who did this also used duct tape to tie the puppies’ mouths and legs. When the poor creatures were found, the family called the SPCA who immediately came to the scene where the puppies died. According to the organization, the puppies have been in the water for a while.

The SPCA also alerted the police and launched an investigation for the cruel act. When the animal rescue charity Paw Justice learned about it, they offered a $1000 reward for information that will lead to the prosecution and conviction of the person who drowned the puppies on purpose.

Paw Justice is offering up a $1000.00 REWARD for information that leads to capture and conviction of the heartless "so…

Craig Dunn, the co-founder of the charity, said he wants justice for the black puppies with white paws. They were discovered in a black bag which had “New Zealand” written on it.

Since the COVID-19 pandemic, domestic incidents, and animal abuse are on the rise. Whoever drowned the puppies doesn’t have any empathy and needs to be brought to justice.

The police believe that someone knows something about the incident. They are also encouraging everyone with any kind of information to step forward and contact them or the SPCA.

Anybody who knows something can also contact Paw Justice at info@pawjustice.co.nz, with the subject “REWARD”.