Barn Cat Gives Birth To A Kitten With Two Faces 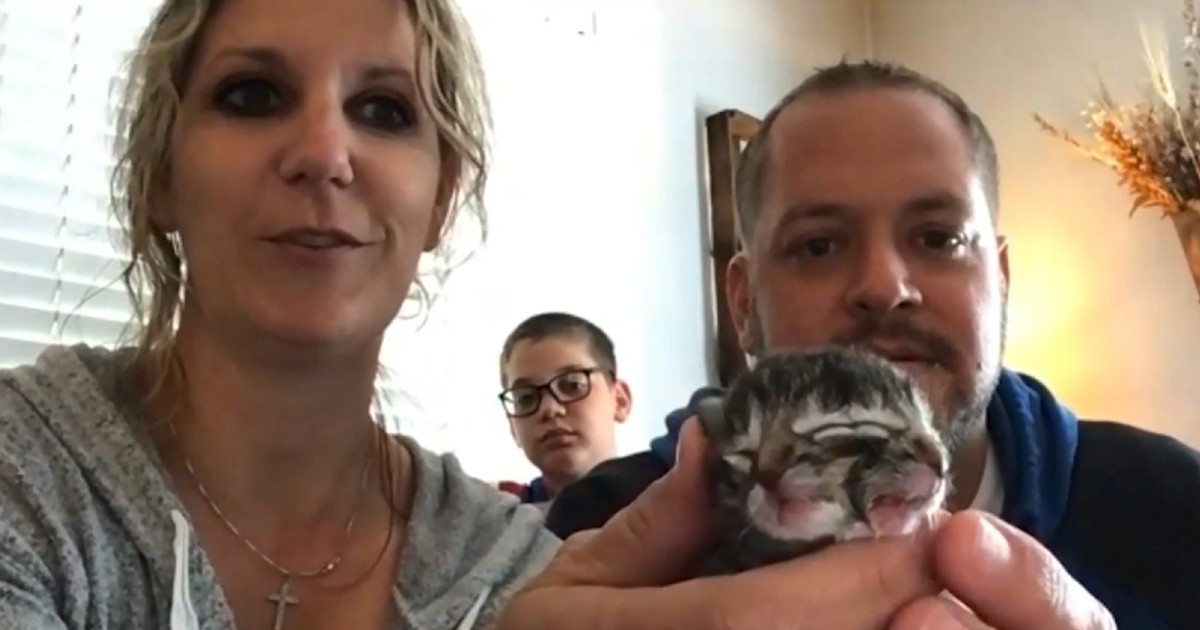 A cat who lives on a farm near Portland, Washington recently gave birth to a litter of kittens.

Kyla King knew that the cat was pregnant and was about to give birth any day now so she set up a special box for her.

One morning, the cat gave birth, and King went to check on them. However, she saw one of the kittens hiding behind the cat. When she picked it up, she got confused because one of the newborns didn’t look like a normal kitten.

King was shocked when she saw that the kitten had two faces. She immediately took a picture of it and sent it to her husband BJ King, who later shared it in a Facebook group.

Kyla also shared the picture of the kitten on her Facebook profile and announced she has 6-1/3 kitty cats at the moment.

Read More: Disabled Veteran Gets Ultimatum – Either Get Rid Of His Dog or Get Evicted

Her picture went viral and many people wanted to know if the adorable kitten will be up for adoption. However, the couple couldn’t think that far in advance because since kittens like the one who they named Biscuits and Gravy, rarely survive. They are a Janus cat.

Although the life span of Janus cats it’s just a few days, that didn’t stop Kyla from making Biscuits and Gravy live the best life possible.

However, one Janus cat have lived for 15 years. Frank and Louie was born with the same rare congenital defect which is called disprosopus. The kitten holds the Guinness World Record for the longest living Janus cat.

Kyla wants to take Biscuits and Gravy to the vet and learn more about its condition and the sex of the kitten. She takes care of it now, making sure he’s warm and keeps it company during the night. Although the couple isn’t very optimistic, they said that the little rare kitten has an appetite and seems to be doing very well so far.

After all, everybody deserves a chance to live, right?