A Protester in Memphis Abuses Dog on Live Television 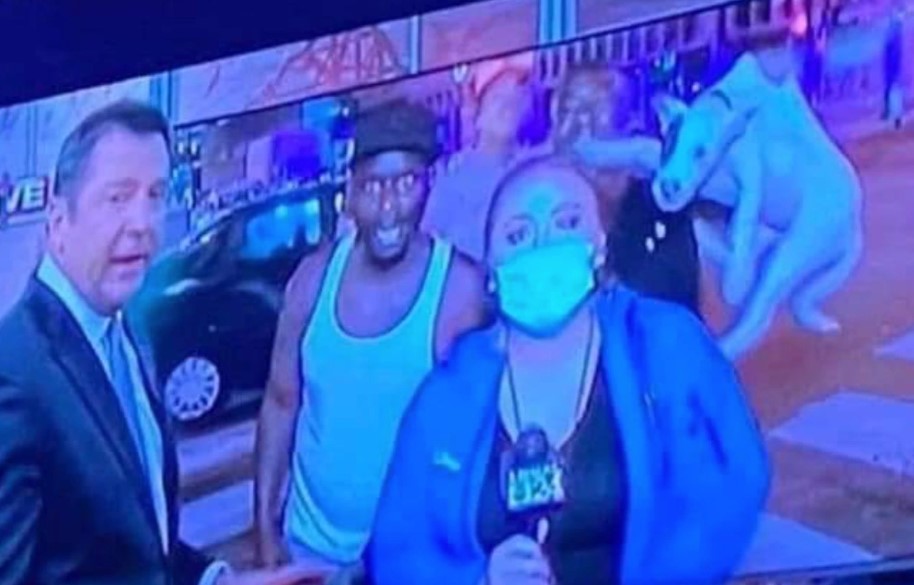 There is national outrage after a man abused a puppy during a television broadcast in Memphis.

More than 40 cities in the United States started protesting after a police officer killed George Floyd in Minneapolis.  The protests are really violent and the protesters have destroyed so many small businesses and threw rocks at police cars.

Like that wasn’t enough, a man decided to abuse a puppy on live television in Memphis. Many viewers were outraged after they saw the man.

Local ABC 24 reporter Caitlin McCarthy was reporting about the protests and protesters ambushed her while she was on the air. One of the protesters picked the puppy up by the neck and swung it around during the segment.

Read More: The First Baby Koala Born Since the Australian Wildfires Is A Symbol of Hope For The Wildlife

Kim Wheeler-Elder, the editor for Local ABC 24, confirmed that McCarthy wasn’t aware of what was going on behind her while she was reporting.

When the anchor Richard Ransom saw the man holding the poor puppy like that behind McCarthy, while she was live on the air, he apologized to the viewers and took the live shot off the air.

After the incident happened, the TV station notified the police. The staff even turned over the live shot to the police and Memphis Animal Services.

However, the current condition of the dog is still unknown. Reportedly, the man killed the dog. But, Wheeler-Elder said she doesn’t have any information about that.

A picture of the man holding the puppy with a cable around it has been shared on social media. It’s unknown whether it’s a real picture from the protests or someone photoshopped it.

Since people are outraged with the man, they started a petition online and want the animal abuser to be punished.

It’s heartbreaking to see a man who is protesting against another man’s death, to kill an innocent animal on live television.

Read More: Dog Abandoned By His Owner Gets Adopted Just 30 Minutes After Rescue