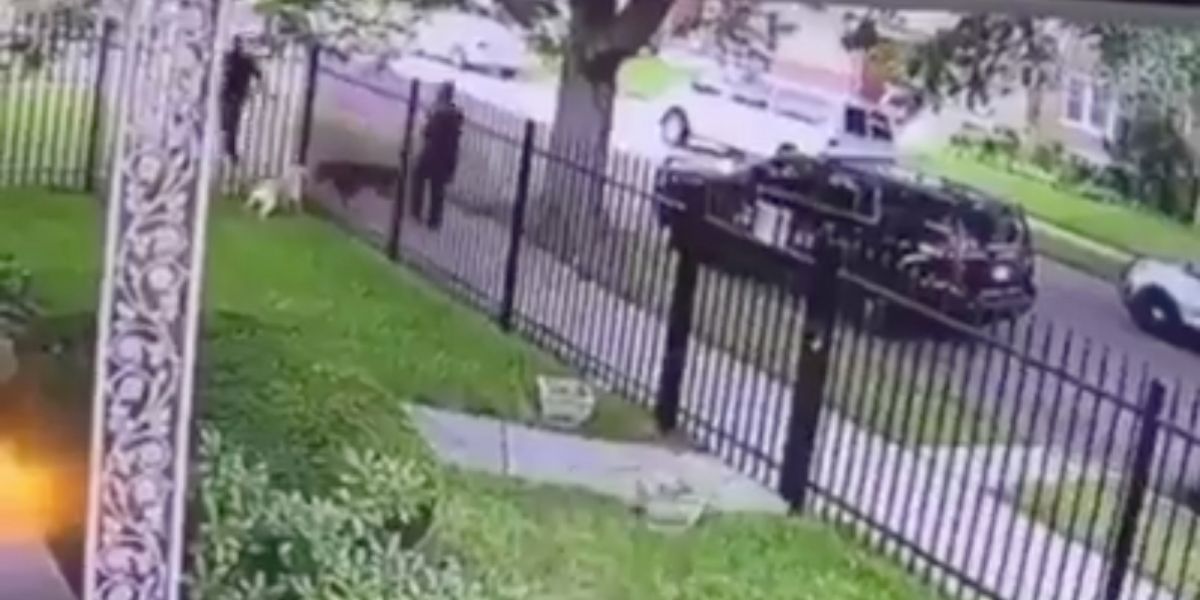 Increasingly, the authorities, with the help of animal welfare associations, are advocating for animal rights and sending messages to the public about how we should take care of our pets.

An increasing number of animal protection laws and penalties are being passed in most countries if people are found to be abusing them.

If we witness an illegal measure committed by someone who abuses an animal, we immediately report it to the police to punish the malicious person.

While we expect the police to resolve the case and stand on the right side, some members of the police do not accept the law on animal rights, and this can be proven by the video that some time ago went viral around the world.

In the video, we can see how the police officers walking in Detroit, of which one police officer and his K9 are walking on the sidewalk, are approaching the fence of someone’s yard where there is another dog, probably a pet of the yard owners.

The policeman loses control of his K9 and the dogs through the fence start attacking each other, within a minute the policeman pulls out his gun and points it at the white dog at a point of empty range and shoots. The woman, who is probably the owner of the white dog, is seen standing behind her pet.

The move by the police officer caused outrage over the relentless shooting of a dog in the face, despite the fact that the pet was fenced off on the private property. The horrific incident happened when the police officer, whose identity is unknown, lost control of his K9.

The white dog is seen moving his body uncontrollably after the shooting and was probably killed.

After this event became unacceptable and extremely disappointing, the public reacted for justice and prosecution of the police officer for the misdemeanor.

A Detroit police officer shot someone’s dog that posed no threat inside its own fence after he lost control of his own K9.

This officer should be held accountable. He should be fired and prosecuted. pic.twitter.com/28D4TuiMmy