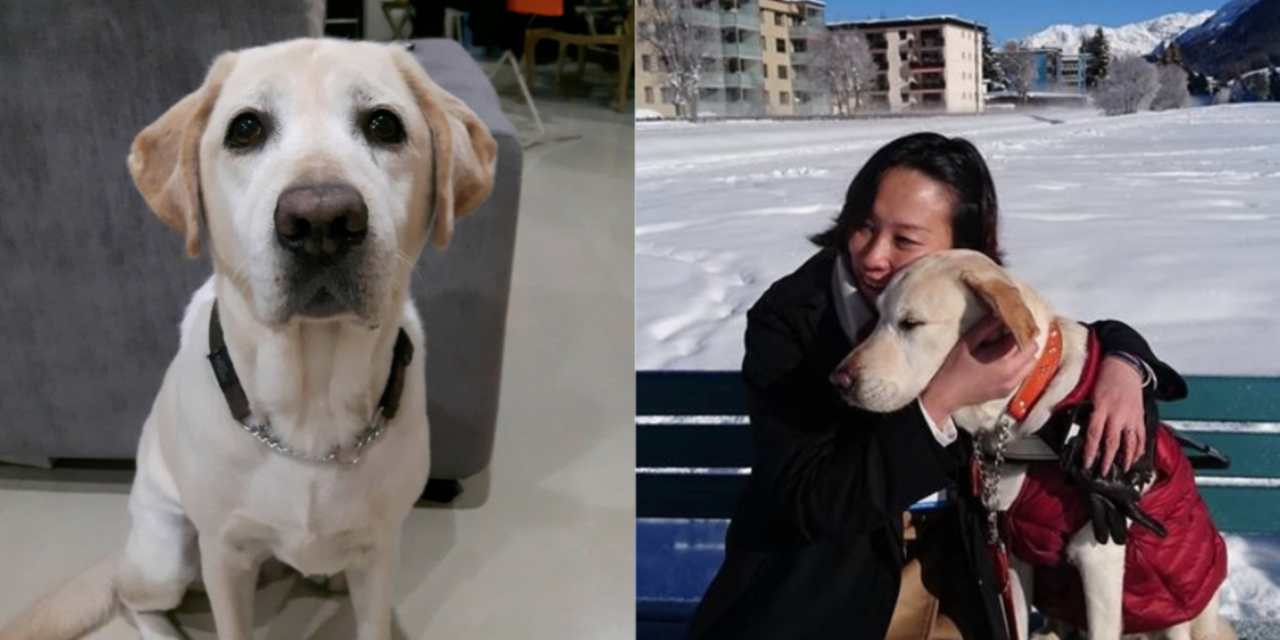 Many Singaporeans are familiar with the leading Labrador dog for the visually impaired people, called Esme.

On August 22, Cassandra Chiu, the first handler of guide dogs, announced that Esme had died. She said that Esme died on August 21 at around 9 pm and that her guide dog was an integral part of her.

For 7+ years, they were attached to the hip and did everything together.

Esme was born on January 1, 2010, in “Victoria Dog Guide” in Melbourne, Australia, and was much prettier from a young age. The two met on November 6, 2011, when the former was on Victoria Guide Dogs for a month-long training.

Esme then followed Chiu to Singapore later in December, and the same year Esme became a playmate of Chiu’s daughter, too. With Esme, Chiu could travel to many places such as Myanmar, China, Japan, Australia, Europe, or the United States.

Esme could be seen dissatisfied with the loud sounds of fireworks but had no problems with long 27.5 hours from Houston, Texas to San Francisco, California to Singapore.

In 2018, Esme retired from her job as a leading dog due to old age and was adopted by Chiu’s friend in April 2019.

While Chiu complained about Esme’s death, she was delighted that she was no longer in pain and could sleep peacefully.

In a moving tribute, Chiu said they were a “perfect match” from the start, and over time, Esme became a symbol of what an independent life looks like for the visually impaired people.

She remembered one of their walks in Australia when Esme managed to easily take her around an unknown city. Since then she has felt completely safe beside Esme.

During her time in Singapore, Esme helped change perceptions of guide dogs, which are different from pets and educate the public about the importance of guide dogs to the blind.

Over the years, Chiu, with the help of Esme, has been able to raise awareness of how good guide dogs are to blind people and how they can provide them with security, independence, and trust.

In her book A Place for Us, she recalled that she had previously faced challenges in obtaining permission to allow Esme to enter the Tanglin Mall.

Check out the video about guide dogs in Singapore.

Read More: Dog Pulls Up a Chair Next To His Owner, So He’s Not Lonely While Working