Firefighter Saves A Kitten Flushed Out Of A Storm Drain 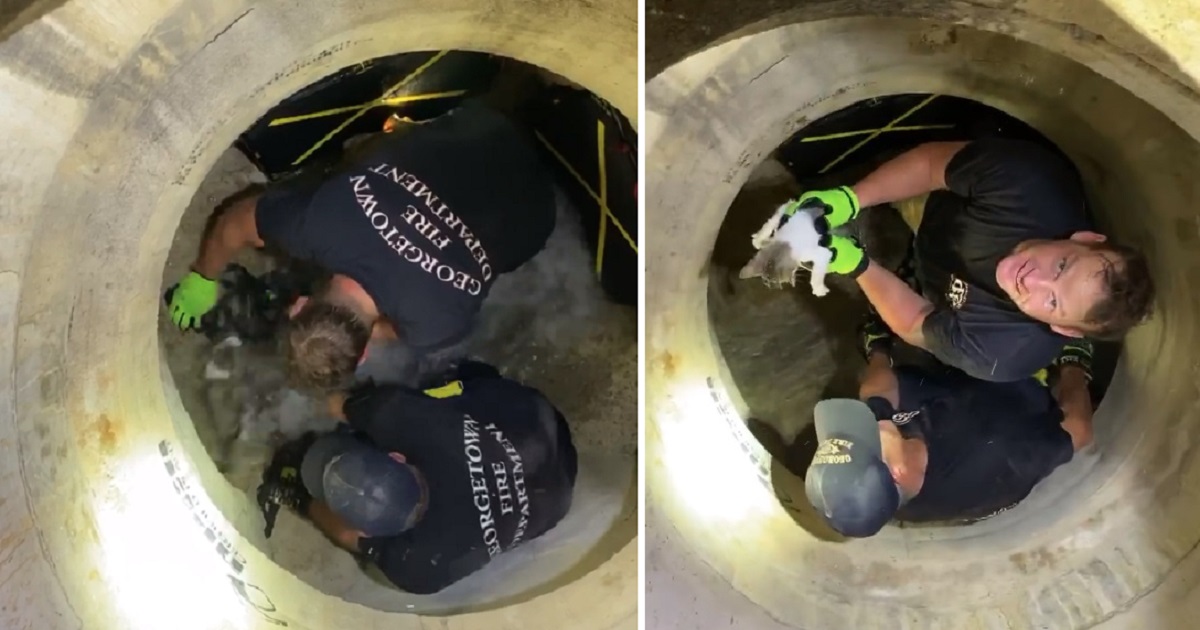 Sewerage is the best hiding place for homeless kittens, they hide in their cave and consider it their safe home. Sewers are usually large holes that are mostly dry, but if there is heavy rainfall they are filled with water, which can be very worrying for the kittens living there.

Texas firefighters responded immediately to the call after being told that a kitten was stuck in a manhole and could be heard crying. 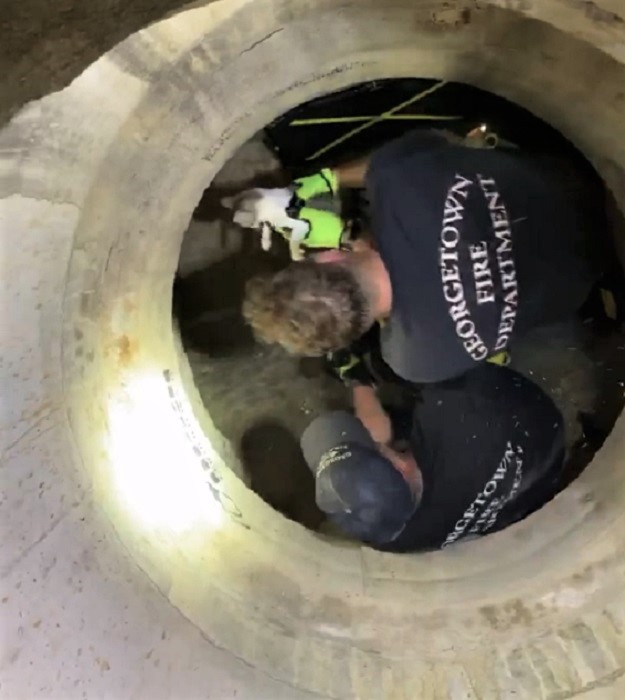 Residents of the Teravista division found a kitten crying from a storm drain in the neighborhood. Unfortunately, these are not the first stray kittens seen in the area.

The night fell and this kitten was running out of time. The heroes of the engine, the truck, and the battalion commander were experienced rescuers sent to help kittens. We should respect such times because these people not only put out fires but also save animals in distress. 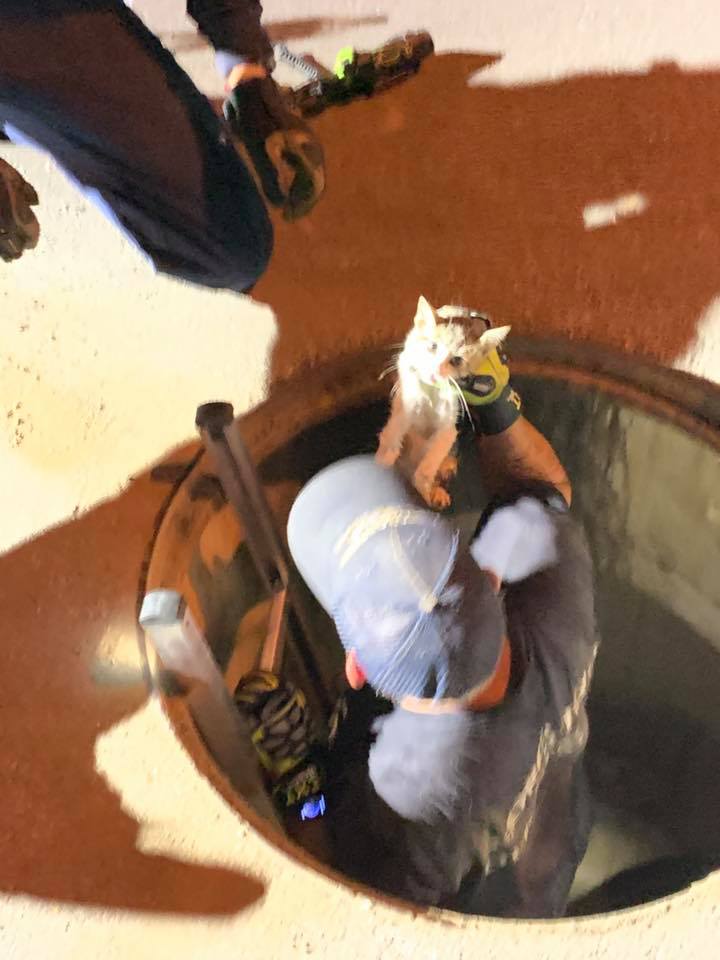 They removed the storm drain cover and expressed the best plan for locating the frightened kitten. Fortunately, the rescue effort was filmed in front of a camera.

You can see the stable firefighter waiting and hoping that the missing one does not escape.

It took about two and a half hours before they were successful. After monitoring the air and multiple attempts with other devices, they resulted in rinsing the kitten with a controlled water source and catching it with a net. 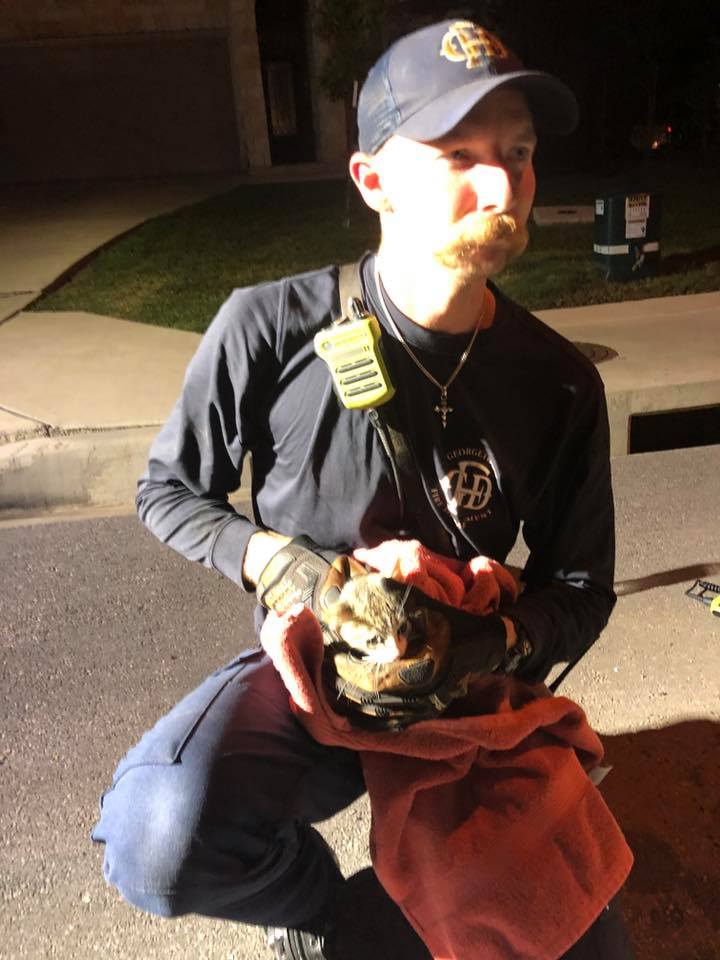 After the successful rescue, the wet kitten came out of the hole safely in the hands of the firefighters. They made sure there were no injuries to the happy animal and that everyone looked good.

It is a small gray and white male kitten that looked angry because it was wet. 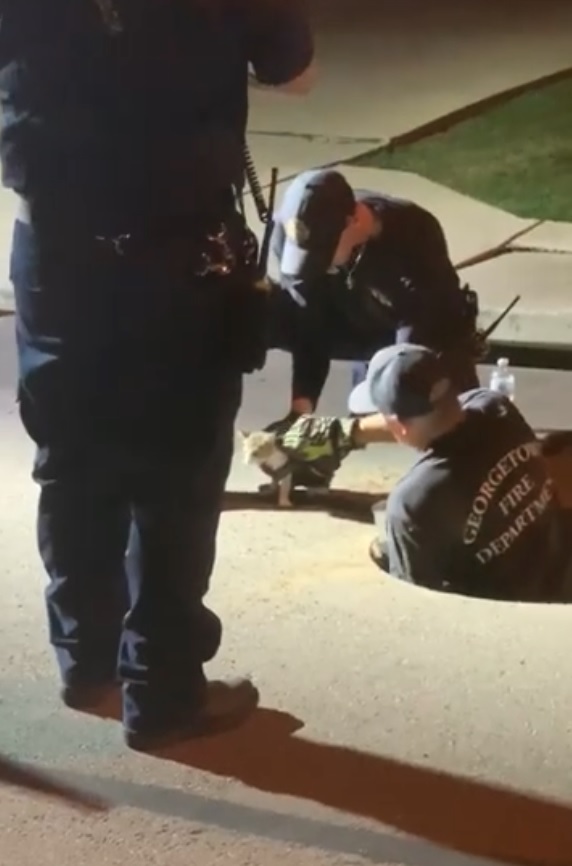 From the crowd of many people gathered around the event, one family welcomed the kitten and received him in his warm home to spend the night.

The next morning they planned to take him to the local animal shelter but there is still no specific information whether the kitten is there. We hope that the family changed their minds and took care of this cute creature in their home.