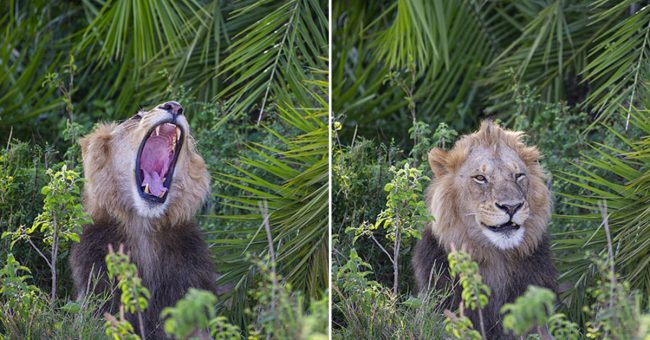 Although they struggle to capture the perfect image, they have the opportunity to get in touch with nature and even come face-to-face with rare animals.

Some wildlife photographers relax their minds, while others get their adrenaline levels very high while on the job.

Meet Gren Sowerby, a 69-year-old wildlife photographer, who has been photographing wildlife for almost forty years. Although he has seen everything, he still got the “shock of his life”.

Read More: Shelter Dog Has Been Waiting For A Home For Almost Two Years

Sowerby lives in Whitley Bay, Northumberland, and says that he enjoys spending his time around wild beasts. However, he had an unusual experience while he was a safari in Maasai Mara, Kenya back in September.

As soon as he noticed a huge lion around 40-50 feet far from him, the photographer prepared to take incredible photos of the majestic animal. 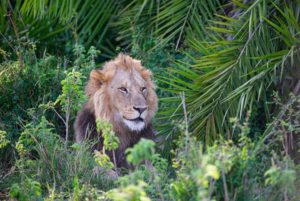 The photographer continued explaining about the lion:

“I was probably 10-15 meters away and he was with a lioness, she was crossing a stream. They had a kill in the bushes and I think he let out a roar probably to say that he was full!

I was taken aback by the sheer size and scale of him. From him being very still and quiet then for him to let out a big boom was quite something.” 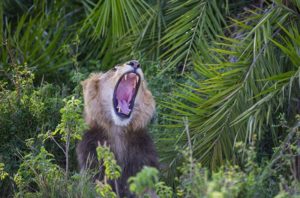 “He roared to say: ‘I’m the King of the Jungle’ and then I couldn’t believe it when he smiled at me like when someone winks at you to say like: ‘Haha!’”

Although Sowerby was shocked, he stayed on his spot and took a photo of the incredible moment. He looked at the photos properly as soon as he got home. He goes on safaris like this very often and he claims it is a pleasure to spend time around wild animals. According to Sowerby, it’s always his pleasure to take a photo of the King of the Jungle. 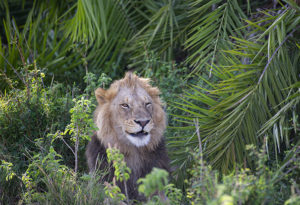 Many of the animals have grown up around safari and are used to tourists, so they aren’t afraid.