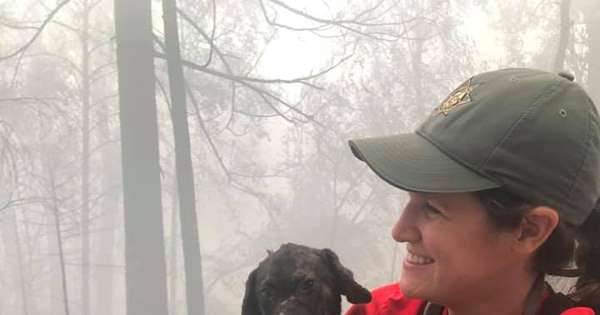 As firefighters battled wildfires in western California, the Barry Creek crew was washing the ashes of a burning property in the area. While doing their duty, they came across an adorable dog that fortunately managed to survive after the stormy flames that engulfed the whole place.

According to the Butte County Sheriff’s Office, the dog suffered minor burns when rescuers found him. The disaster that struck California took several lives.

Read More: Adelaide Dog Owner Watched In Terror His Dog Dying, Passer Comes To Help And Saves Him With CPR

After the photos were shared from the scene, the authorities wrote on Facebook that despite this disaster, a welcome discovery appeared, which is unexpectedly good news for that time. 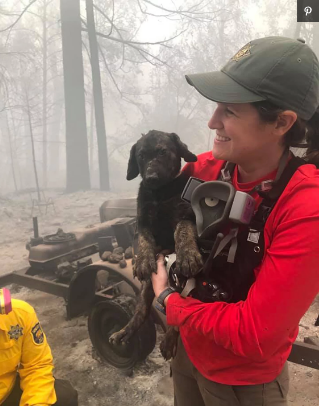 They added that the last few days have been too difficult for the whole district, and they hoped to share a positive story. As BCSO deputies and BCSO members searched and rescued property affected by the fire, they made an unexpected and welcome discovery in Barry Creek, a cute little scared puppy that they fortunately rescued.

The cute puppy that was rescued in time and was immediately taken to the veterinary treatment center. After the services conducted the investigation, they found out that the owner of the property was not able to locate all the puppies before they were evacuated due to the increased number of puppies. 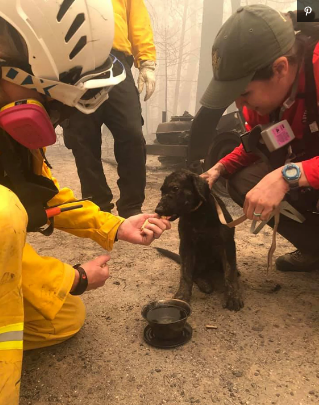 A total of 28 fires are currently burning in California, and nearly 16,500 firefighters continue to work. The combination of gusty winds and low humidity brings potentially critical fire times for the most part. This critical disaster claimed at least 24 lives.

Due to the very hot and dry conditions, increased weather conditions are expected in parts of central and southern California, and moderate conditions will remain in most of the valley areas throughout the country.

This year, more than 3.2 million acres burned in the state – which is larger than Connecticut, Cal Fire said in a report.