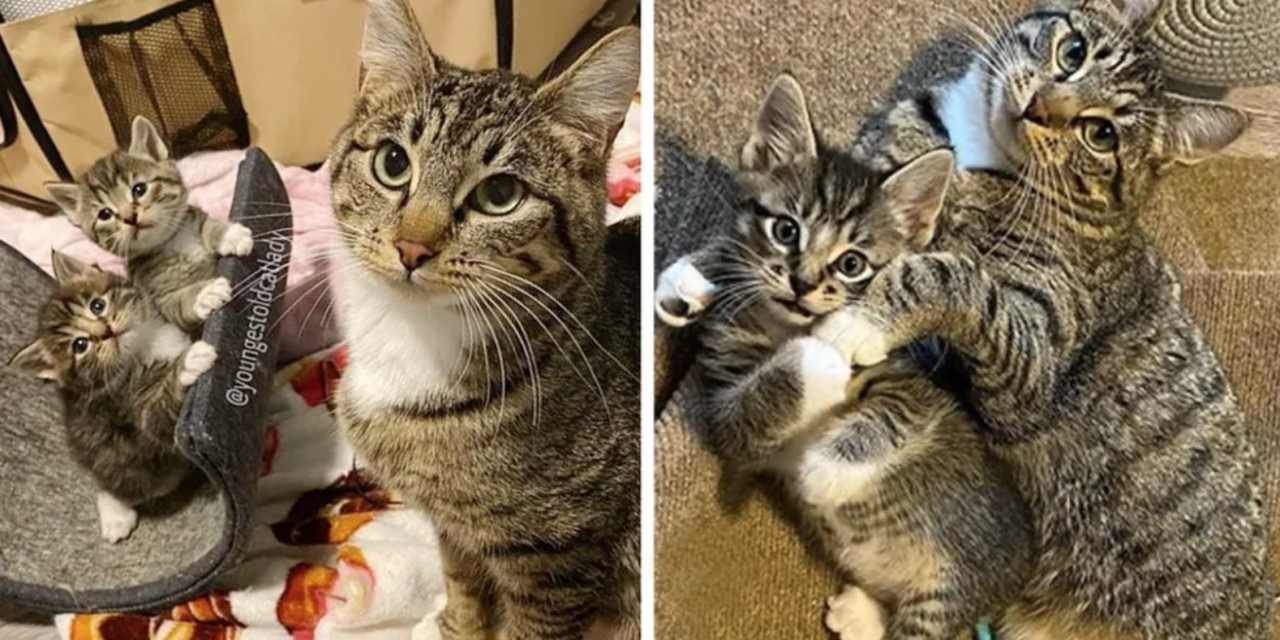 A stray cat was wandering around looking for a place to give birth to her kittens. When she walked into a family home, her life turned around. 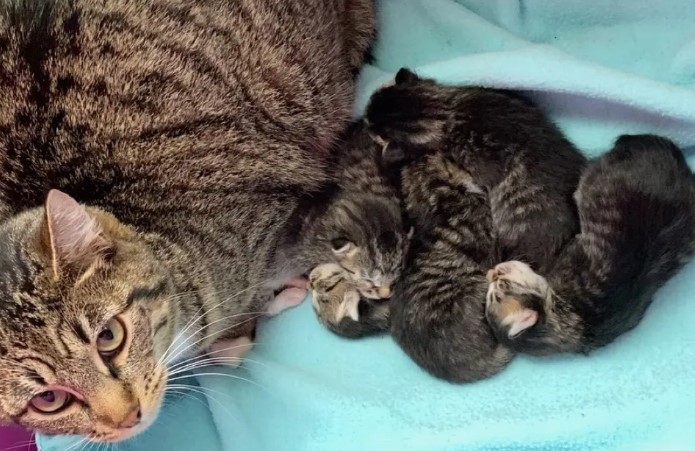 A street cat was walking around an apartment complex in Seattle, Washington at the beginning of this year. It didn’t take long for her to get acquainted with one of the families living in the apartment complex. One night, she decided to go inside their apartment and find a place to settle in.

After an hour later, the family was shocked to see the cat with a litter of newborn kittens under their dining table. They decided to call the rescue community for help. 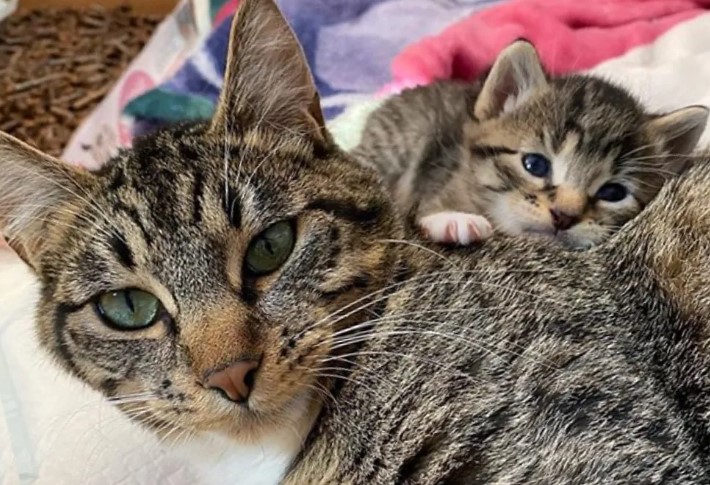 However, when Ashley Morrison, one of the animal rescuers, arrived at the apartment, the cat (now named Moira) was really scared because she didn’t want any human interaction. The panicked cat even started climbing the walls and tried to escape.

Read More: A Puppy Was Rescued While Wandering Around The Streets In Extreme Pain, Vets Had To Remove Its Eyes

In the next few days, Moira got the opportunity to meet with Ashley and even let the rescuer sit in the same room. Once the cat put came out of her shell, she wanted to be cuddled and loved. Moira started enjoying pets and head scratches, and even knead her blankets.

When she walked out of her safe spot, she immediately went to Ashley’s lap. Before Moira gave birth, she was a stray cat who didn’t get food and water every day.

Once she walked into the family’s apartment, she didn’t want to leave. Everybody had to be patient with the new mom. Once Moira’s guard came down, she learned to enjoy things in life like a cat bed or a new toy. Now, she’s living a good life, and she always stretches her toes and purr. 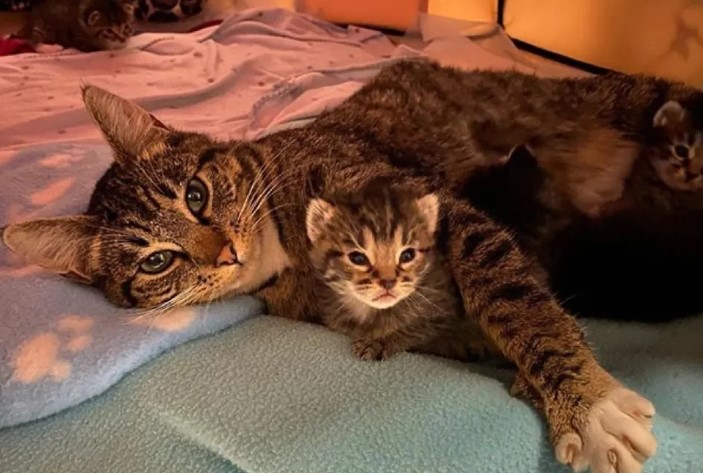 It’s always good to witness the process of an outdoor cat becoming an indoor cat!

When Moira and her kittens were ready for adoption, Ashley managed to find nice quiet homes for the entire cat family.