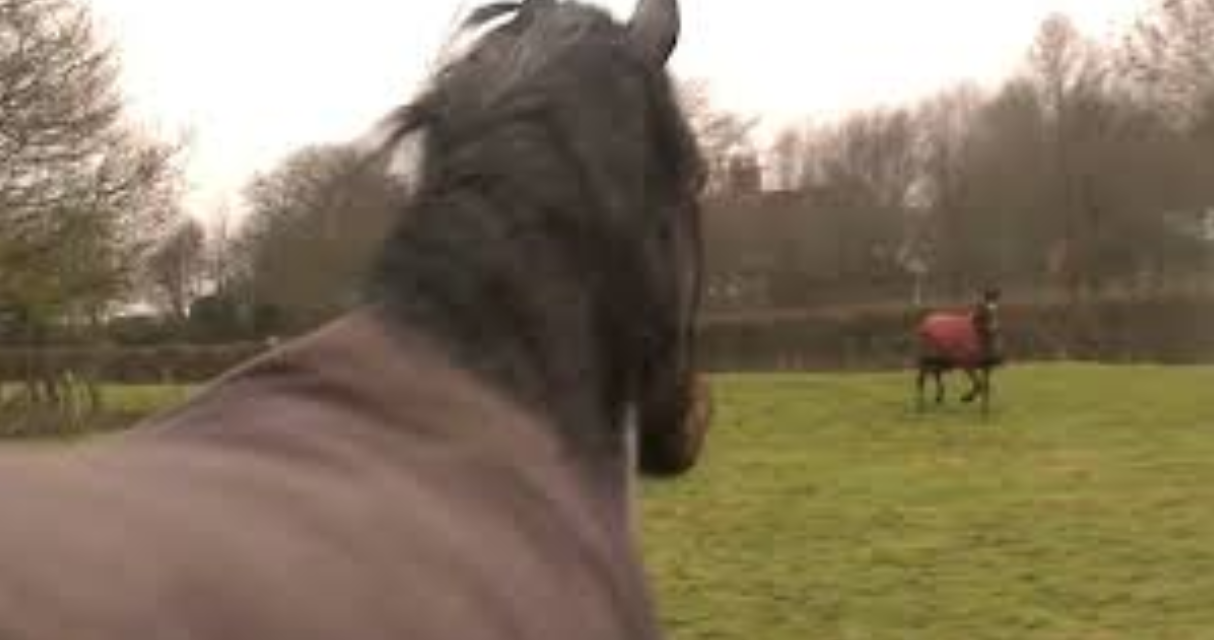 Do you think animals have emotions or remember each other? The same thing was wondering Sue Bladburn about horses. She wanted to know how horses would act if they are reintroduced. So, she decided to reintroduce Arthur, a horse, two of his playmates from when he was younger.

Sue sold Arthur after she bred him. However, she decided to repurchase Arthur in December of 2012. The horse grew up with the other two horses William and Harry. He knew William when they were both foals and Harry arrived the following year.

Arthur is now 8 eight and a half years older and spent the last 4 years in a high-class private competition yard. So, Sue wondered if he would recognize the two pony playmates that he grew up with. Also, she wondered if Harry and William would remember the thoroughbred guy who was once their best buddy.

Then, Sue decided to reunite them in an English field where Harry and William just move. So, there weren’t any familiar surroundings for any of them. She also invited filmmaker Bruce Selkirk to catch the reunion on camera.

When the horses were reunited, they were nuzzling each other and had a celebration party. Not only did they recognize each other, but it’s clear that they still love each other.

Sue posted another update on the three happy friends in April. She wrote that Arthur, Harry, and William are still together and are very happy. All of them are now living in an amazing home in South Dartmoor where the “Adventures with Horses, Equine Facilitated Experiential Learning” is based.

When Sue saw their reunion, she was absolutely amazed by their powerful bond and we are too. This amazing story will fulfill all your family members and friends who love animals!

Read More: Elias Has Spent Six Years In A Shelter Because He’s ‘Too Ugly’