VIDEO: A Protester Sneaks Up On Police Officer And His Horse Kicks And Sends Her Sailing For Animal Cruelty 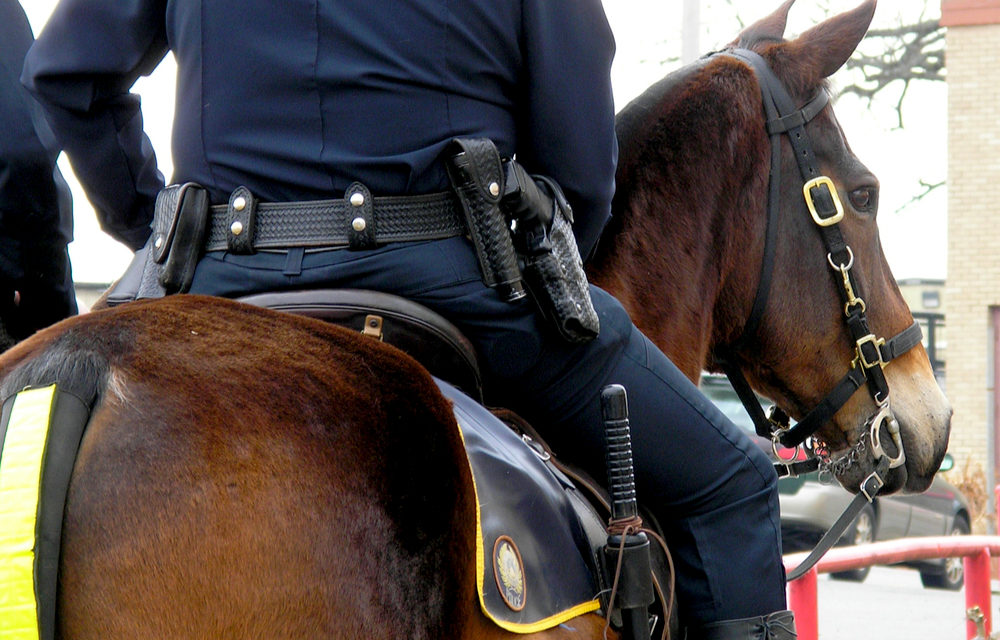 Protests in America recently started as a response to the killing of George Floyd, an African American man who was unlawfully killed by an officer from the Minneapolis Police Department officer. Derek Chauvin knelt on Floyd’s neck for several minutes while three other officers were just standing there.

The protests began in Minneapolis, USA on May 26, but soon spread across the entire country. Many people joined the Black Lives Matter movement, a protest to put an end to the police brutality against African-American people. The movement also spread in other countries such as Canada, Australia, and Spain, as well.

During on of the protests, one lefty communist troublemaker wanted to sneak up on a horse-mounted police officer. It seemed like the protestor wanted to hurt the horse, but the animal took matters into his own hooves and sent the woman sailing.

The woman was behind the two police officers who were on their horses. She ran up and started hitting the police horse on purpose. The horse defended himself and kicked her with his back legs. The kick must have been very painful as well as embarrassing.

When the horse hit her back again, and the woman landed on the hard pavement. Ouch, that must have hurt!

I guess you can call this instant karma. Fortunately, the entire incident was caught on camera. Later, one Twitter user shared the video on social media. You can watch it below.

Horse kicks her instead